One of my occasional watercolour drawings of architecture (I was an architecture student once, and the habit stayed with me!). This is of the nave of Gloucester Cathedral. It actually illustrates a conundrum often faced by architectural photographers, namely converging verticals. Usually, we try and get rid of these, either with a shift lens which corrects perspective on camera, or in post-production. But sometimes, like this, we keep them for effect.

The sketch was started on site, and finished in the studio later, with the aid of a few reference photos.

The progression through time of Norman arches to late Gothic vaults is clearly depicted here. 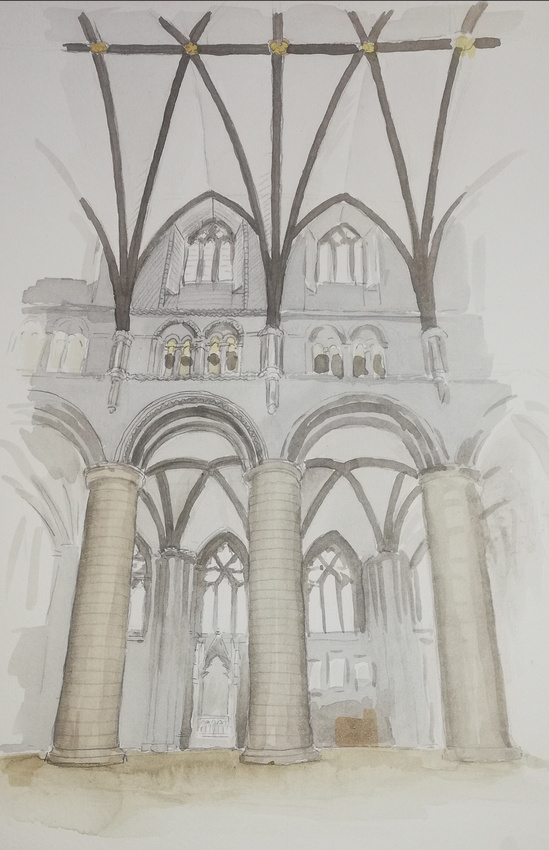