Some images from a recent shoot for Pinnegar Hayward Design, of the Aconbury East building in Worcester Royal Hospital, and the link bridge to the main hospital building.

There were several challenges with this site. Being winter, the sun was low throughout the day, meaning that parts of the building were in shadow. The orientation meant that the principal (north-east facing) elevation was only sunlit for a very brief period, so timing was critical. Some building debris and temporary barriers needed to be removed in post-processing as well. Photographing from the car park was quite hazardous, so it was necessary to place the tripod very carefully where vehicles were not likely to hit it! Because of the cars in the foreground, some shots were taken from a step ladder. Bright highlights required bracketed exposures, with darker layers superimposed in Photoshop. The high contrasts also meant the shadows were very dense, particularly in comparison with the white rendering of the building, and these also required some work in processing.

The camera used here was a Canon 5DS-R, which is unique in that it does not have a low pass filter, meaning that architectural detail is rendered sharply.

The majority of images are taken through a Canon TS-E17mm ultra-wide shift lens, with additional images using a Canon 24-105 and Sigma 12-24, with geometric corrections in Photoshop. 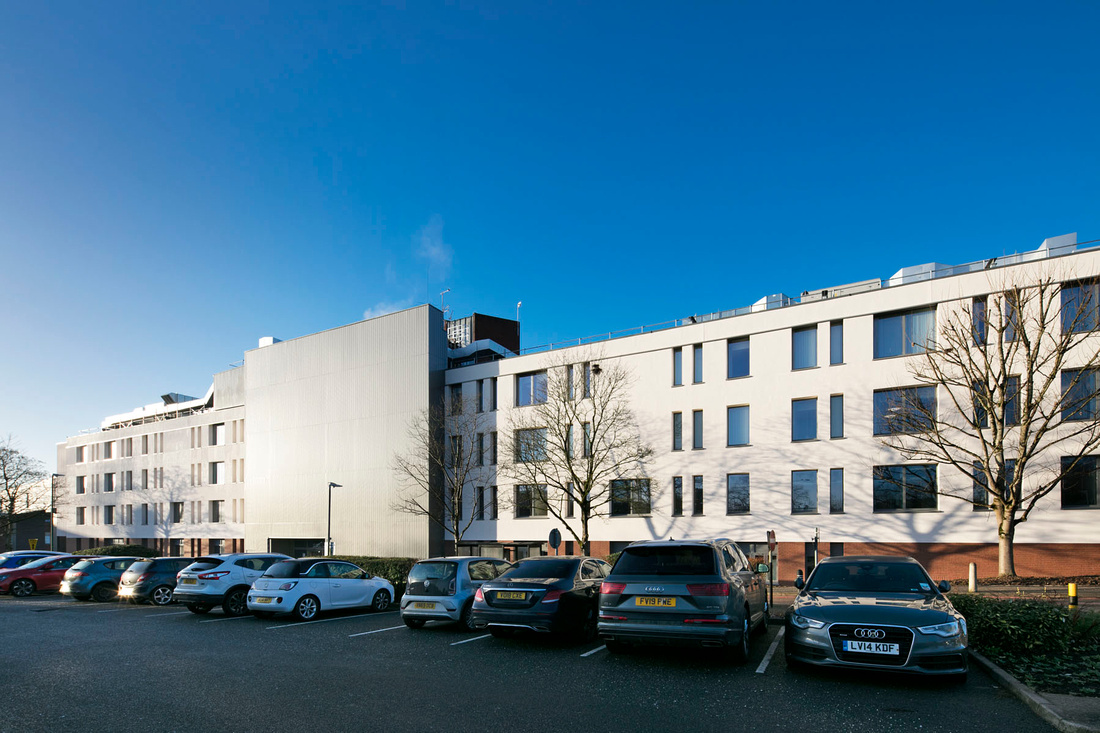 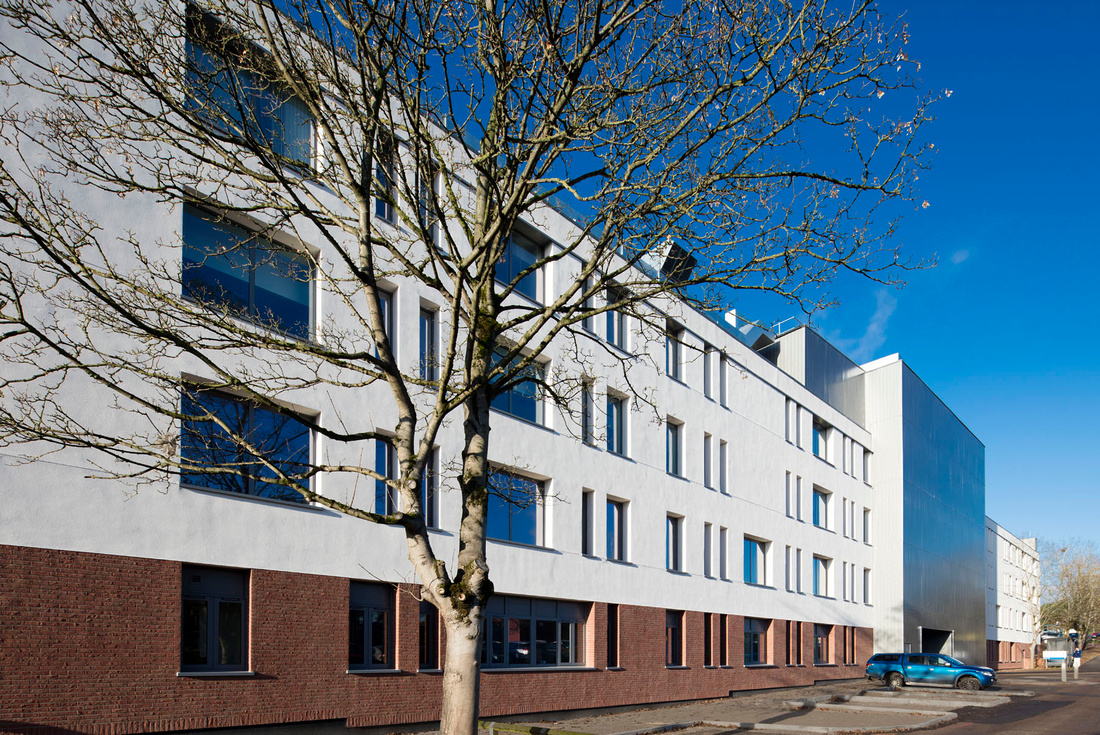 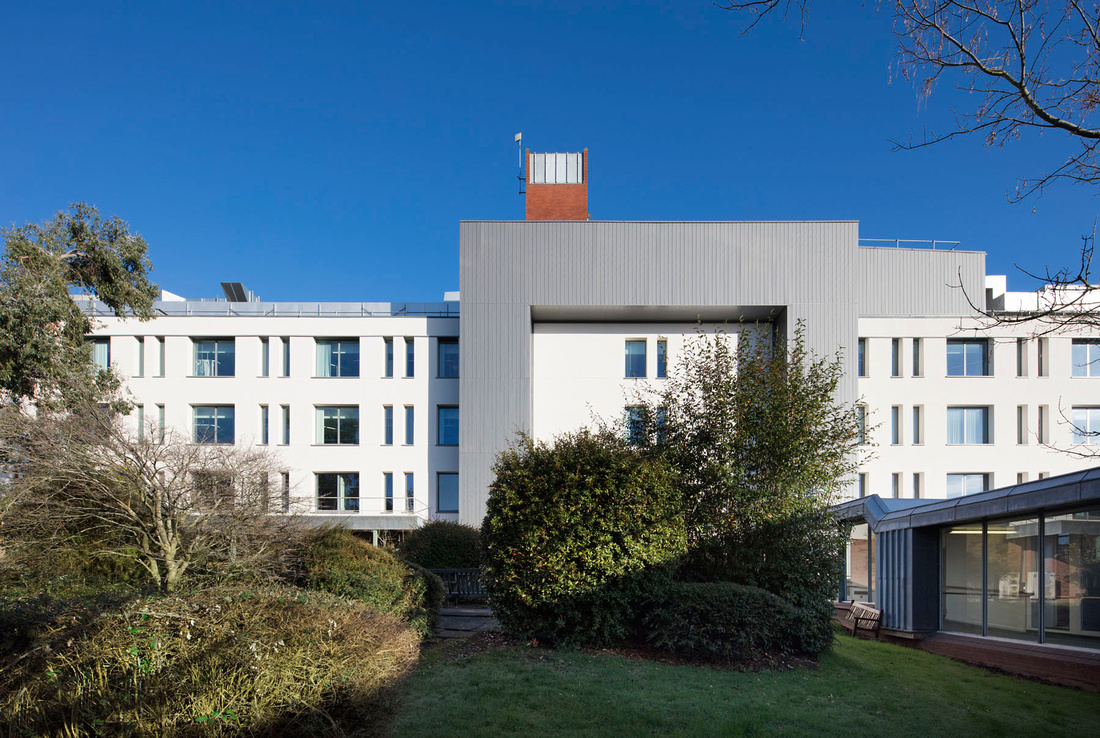 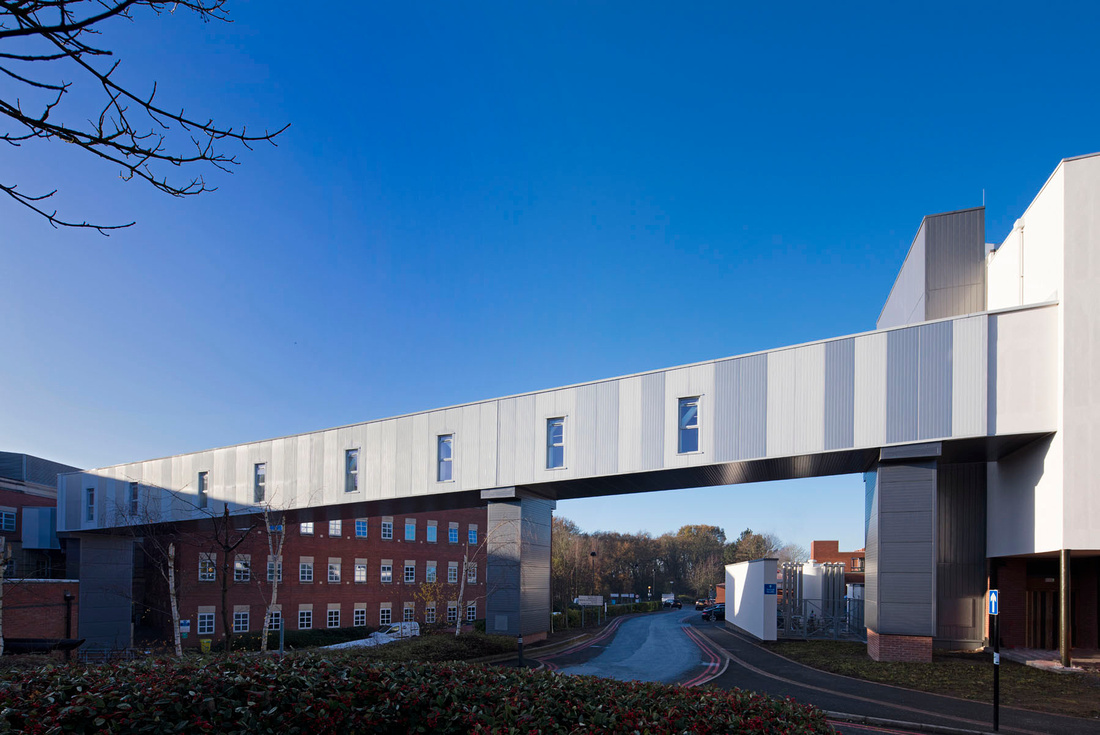 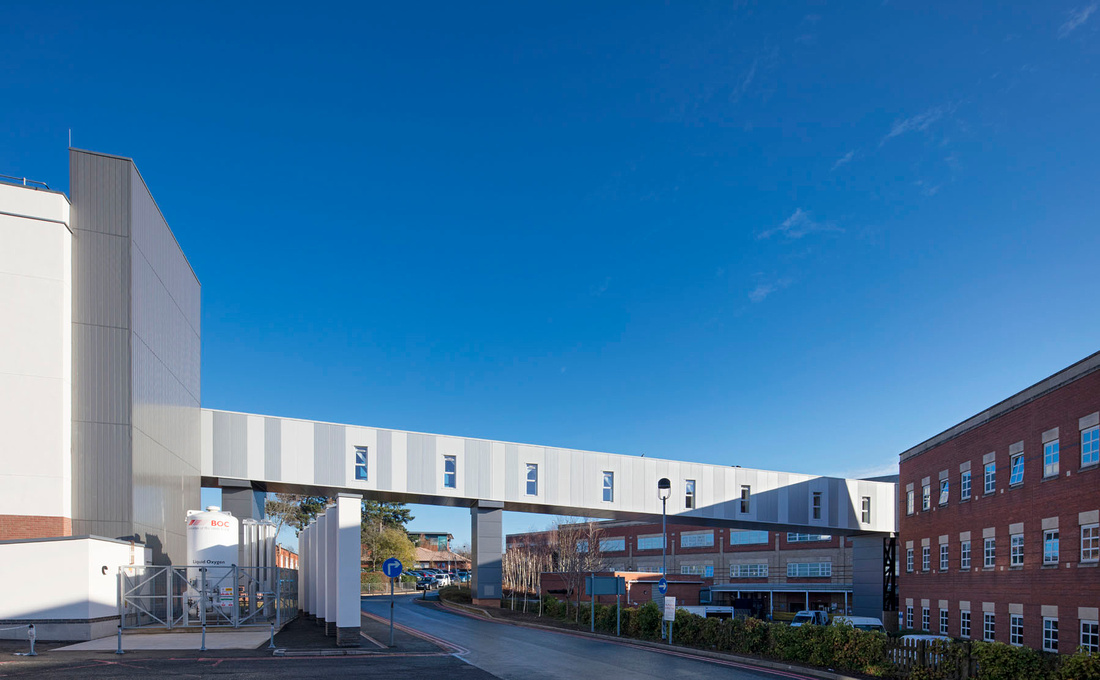 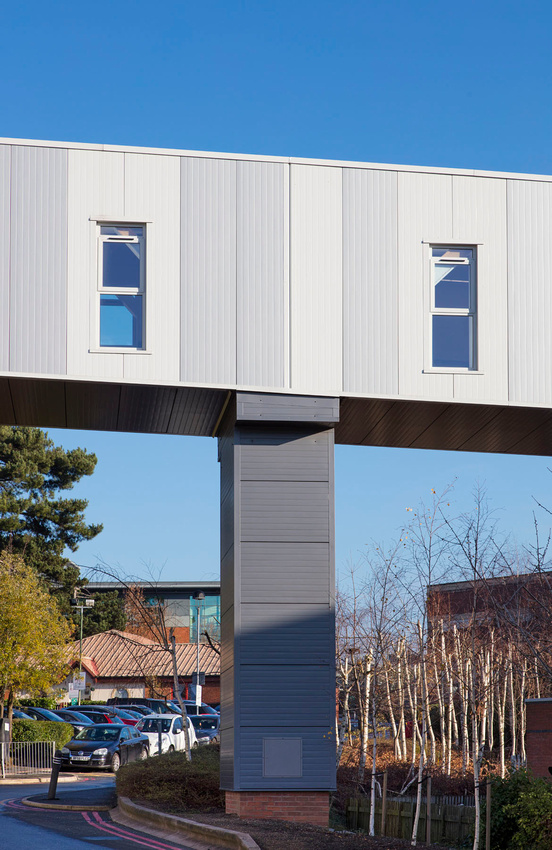