These are taken at dusk (the coveted 'blue hour'), with interior lights showing through.

The bridge photo is consists of several layers. The first layer was taken just after sunset, with the sky still fairly bright. This was in anticipation of bright exterior lights coming on later - these can be quite intrusive - with the intention of using selections as a layer to cover or modify them. The next layer was a general image, with the light balance more or less as I wanted it. This required some minor changes in Photoshop, but nothing too time-consuming. The remaining layers were three long exposure images of car and bus headlights, with the areas of light selected and placed onto the base image in Photoshop.

The camera was a Canon 5DS-R, with a Canon 24-105 at minimum focal length. Some lens and geometric correction was needed. 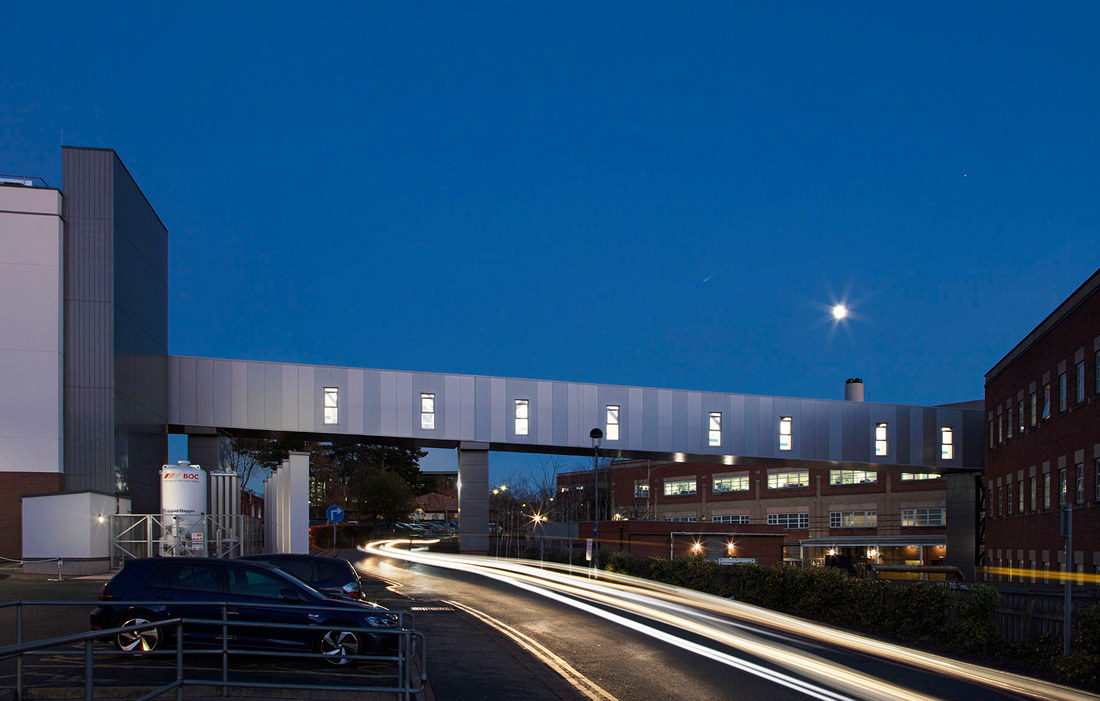 The photograph of the front of the building was a slightly simpler matter. The camera was paired with a Canon TS-E17 shift lens so no perspective correction was needed. The viewpoint was behind and slightly above a hedge, which disguised some incomplete groundworks from the foreground. This time, only two exposures were needed - one general, and one shorter (i.e. less exposure) for the interior lights. On a different image, I used colour balancing in a selected area to minimise the yellow effect of the street lighting, but in this case I opted to retain it and treat it as a feature. 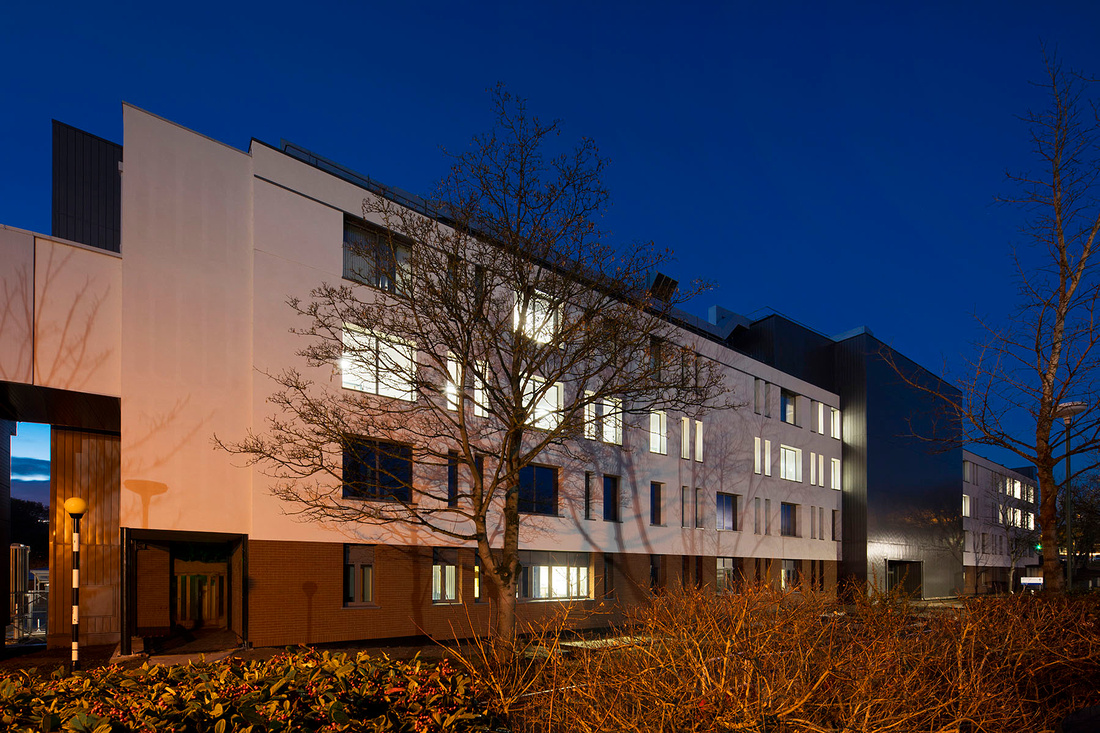