Using a 5 x 4 film camera with negative film, I took these shots of the Royal Armouries and the adjacent Clarence Dock in Leeds.

The daytime shot was taken with a 58mm lens, set at f16 for 1/30 sec. The night shot used a 90mm lens, f16 for around 8 minutes - this allowed the trail of the light of the approaching aircraft to make a dynamic feature in the sky.  Such a long exposure was necessary to compensate for reciprocity failure.

The camera movements mean that perspective can be aligned in the same way as using a shift lens - the camera is shown below the photos. 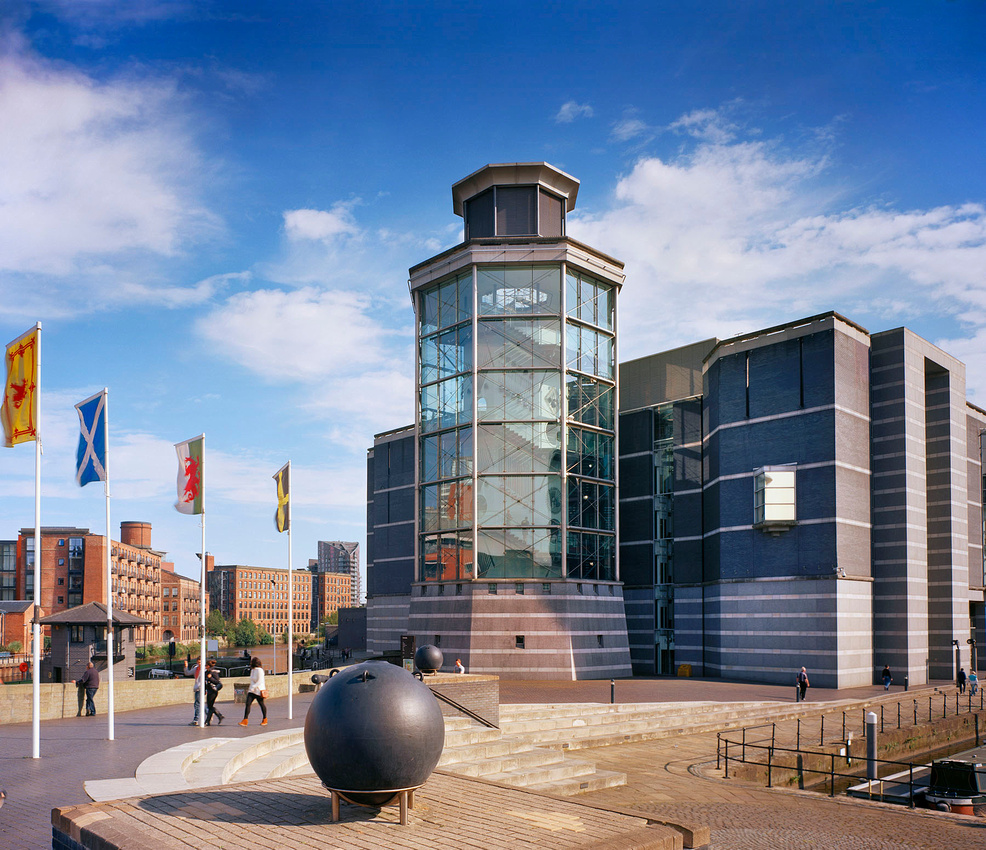 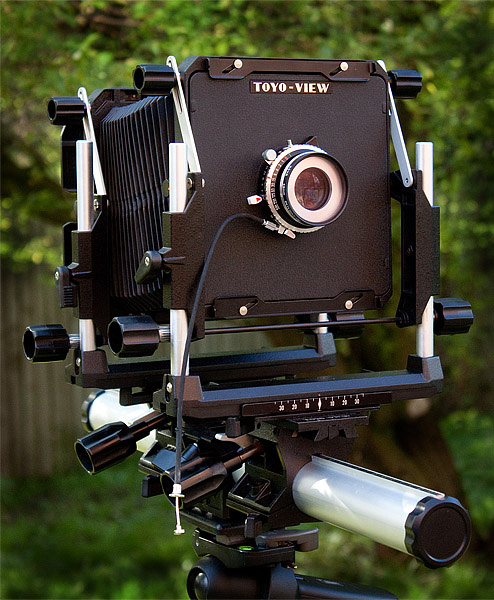