Taken with a 5 x 4 large format film camera early in 2013, just before dawn, this is a view which won't be seen again.

The Central Library, currently being demolished, was designed by John Madin, and is considered one of the most significant buildings of the Brutalist period.  It was admired and hated in apparently equal measure.  For around half its life, the space beneath was empty and windblown, although popular with skateboarders.  Since the early 90s an enclosed shopping mall occupied the space.  This was always rather tawdry, and a poor relation to the more upmarket retail areas nearby, and a rather unpleasant introduction to the grand design of the neighbouring Centenary Square.

I like to think this photo shows how the paving and landscaping scheme tried to integrate the various civic buildings and monuments of Victoria and Chamberlain Squares, and that the sweeping curve of the steps echoes the frontage of the library.

As a personal opinion, the mural on the right is outright vandalism; the fact that it was permitted some years ago indicated that there was no way the building was going to be respected, let alone saved. 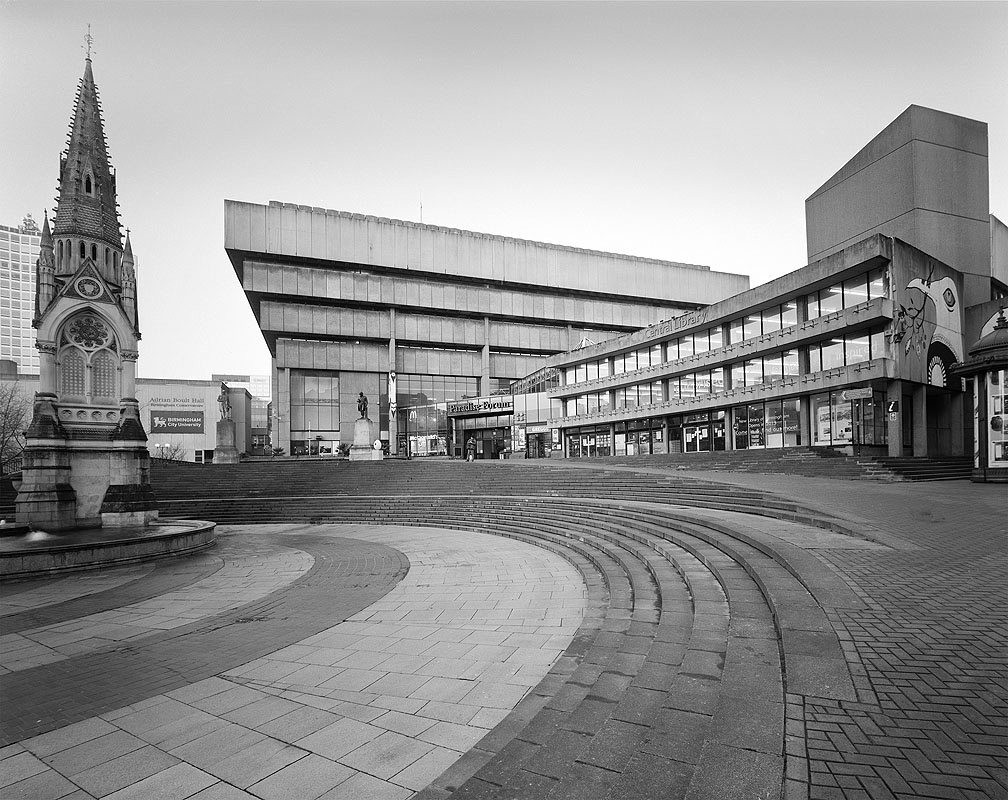