I'm pleased to announce that this image, originally commissioned by Silva Timber as a product shoot, is the Midlands regional winner of the 'Architecture and Industry' category of the British Institute of Professional Photography annual print competition.

There's a saying among photographers, that you shoot 'Ten for the dough, and two for the show'. In this case, I had already finished the commercial work, which was about the cladding of the building. But I had seen the potential of this particular building for a 'hero shot' at dusk - all the lights were working, there was very little clutter (the house was as yet unoccupied) and the form of the architecture lent itself to a clean but interesting composition.

The 'blue hour' is prized among architectural photographers, and in this case I had plenty of time to line up exactly the shot I wanted.

Several bracketed exposures gave me the appropriate light levels for each part of the image - sky, ground, building surfaces, interior (general and highlights. All the exposures were done manually, in live view. The Canon TS-E17 (ultrawide shift) lens was set at f/13. And the camera was a Canon 5DS-R - set at ISO 400. 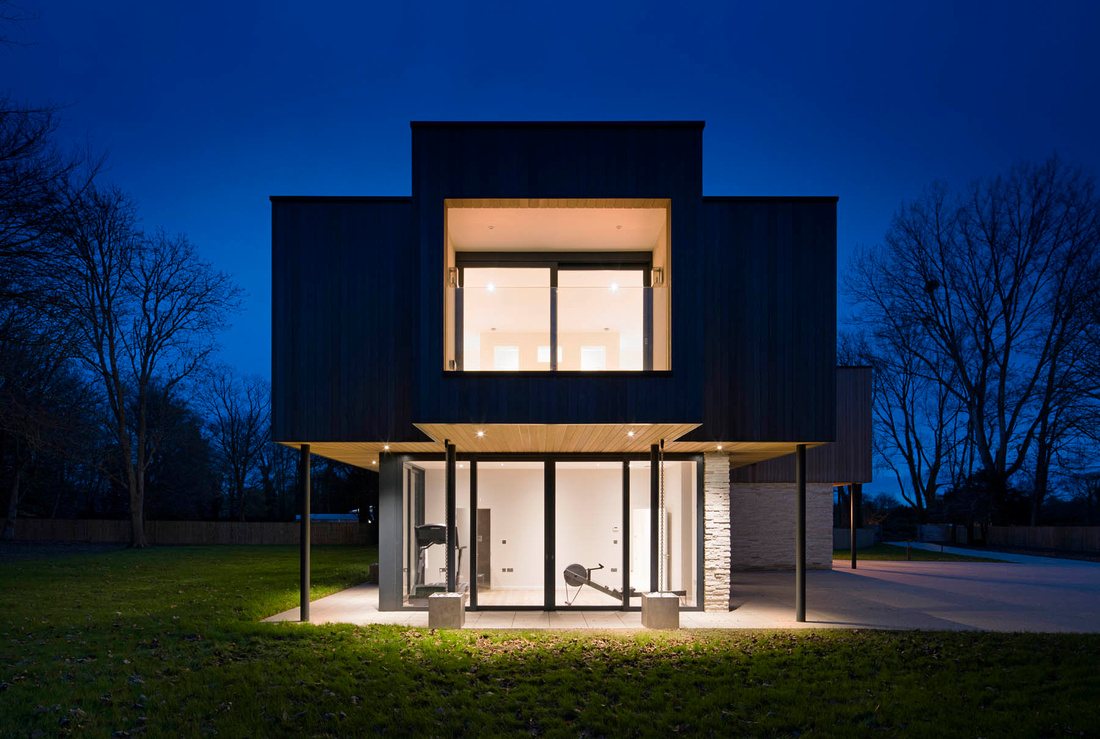