To fly my drone (DJI Phantom 3 Professional) indoors, it is necessary to use it in 'Atti' mode, which means that it is not using GPS, and so cannot steady itself or hover in one place. Therefore the pilot has to be constantly controlling the aircraft, otherwise it will drift into the horizontal or vertical surfaces of the building. In confined spaces such as this, the downwash from the rotors generates its own local currents, which the pilot has to counteract.

So it was something of a challenge to be able to position the drone to take geometrically centred and symmetrical shots of this interior (St Mary's, Moseley, Birmingham), whilst avoiding collisions!

The three images shown here are a progression from the nave to the chancel.

All the photos in this shoot were saved as both jpeg and RAW files - the latter can be corrected for lens geometry in Photoshop, which can work directly with the DJI lens data. The exposure latitude in the RAW files was especially useful here, given the highly contrasting light levels from various sources. As the aircraft was unstable, it was impossible to bracket images, or to switch to HDR mode during the flight.

I have Permission for Commercial Operations from the Civil Aviation Authority, and am fully insured. 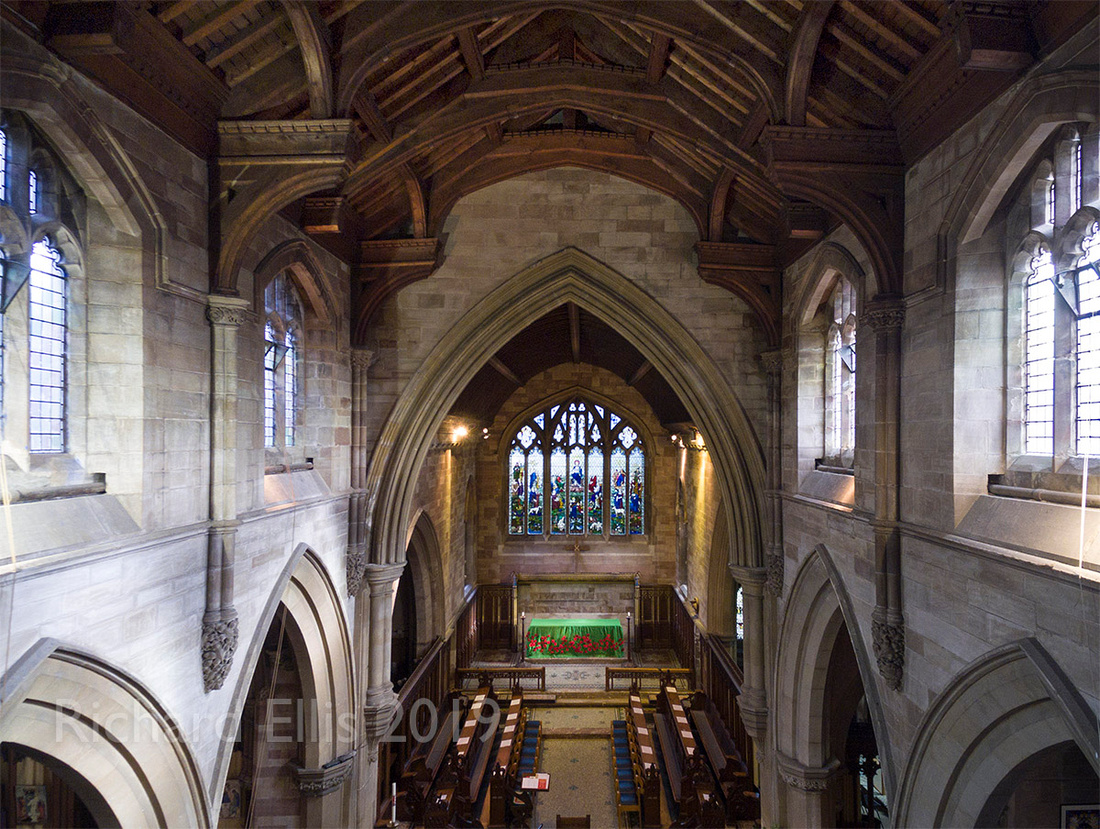 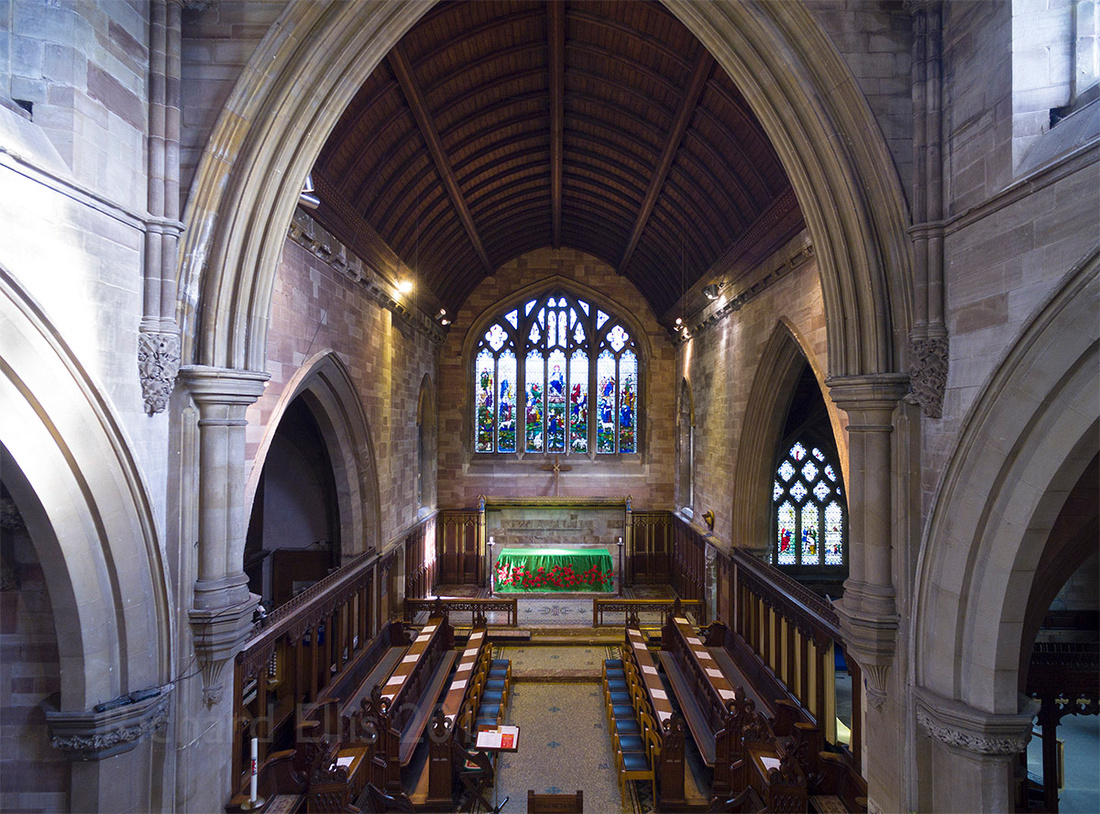 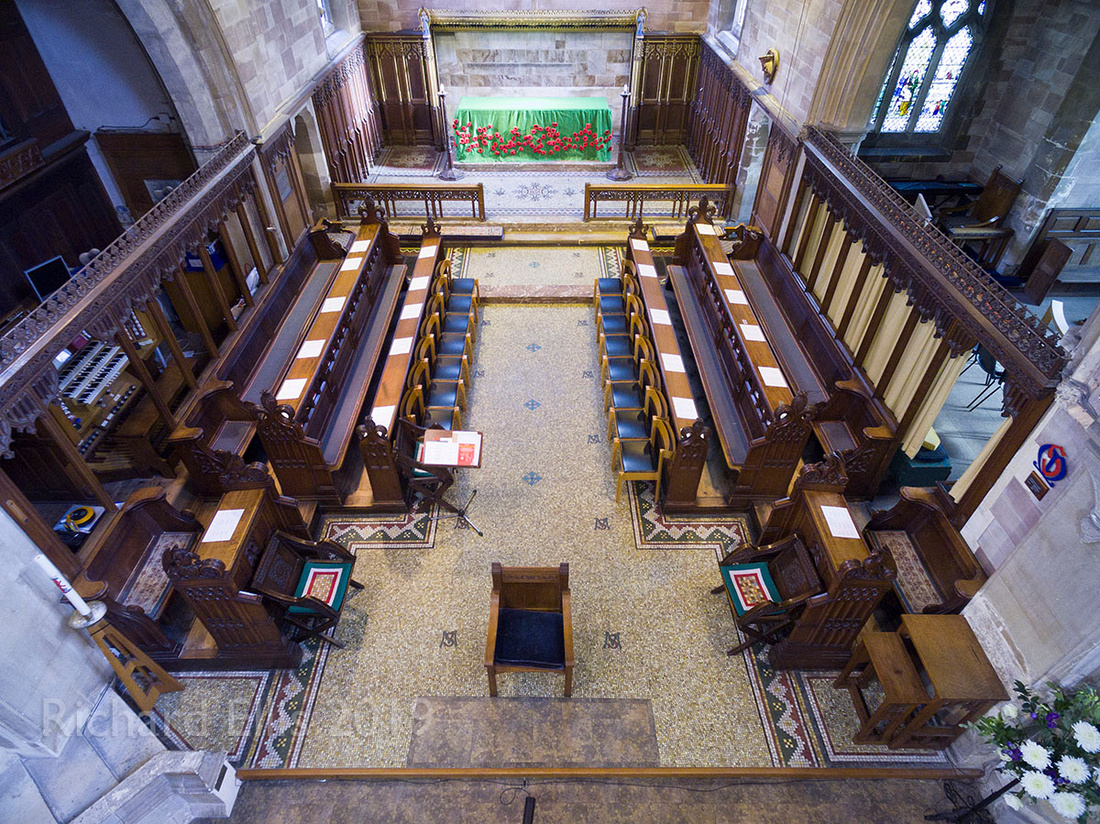