Part of the brief for this shoot was to provide dusk shots of the building. This is quite complex, both technically and logistically.

On the technical side, the shots need to be taken at a pretty precise time, so that the sky appears deep blue. Furthermore, ideally some shots are taken from the exact same viewpoint about an hour earlier, so that glare from exterior lights can be tamed (the results can be used as Photoshop layers). If shooting two different elevations, it really needs two cameras, two tripods and two photographers to do this. I didn't have the latter, so had to compromise and have a lower range of base images for one of the elevations.

You will notice that there are three images from two vantage points here - as I was setting up the first (courtyard) elevation, some spectacular red appeared in the sky, and I was able to use this as a layer for an image I took around 30 minutes later.

The logistical issue which is common to most dusk shots these days is that many lights in buildings are on motion sensors, and they quite often go off automatically. There are two solutions to this. One is to have an assistant, or friendly site staff member, to keep the lights on. The other is to accept that some will be off, and take samples from windows which are illuminated, and paste them as separate layers.  Both were employed on this occasion. Also, because some rooms were occupied by residents, and therefore not illuminated, I had to find matching windows and paste them as layers as well. 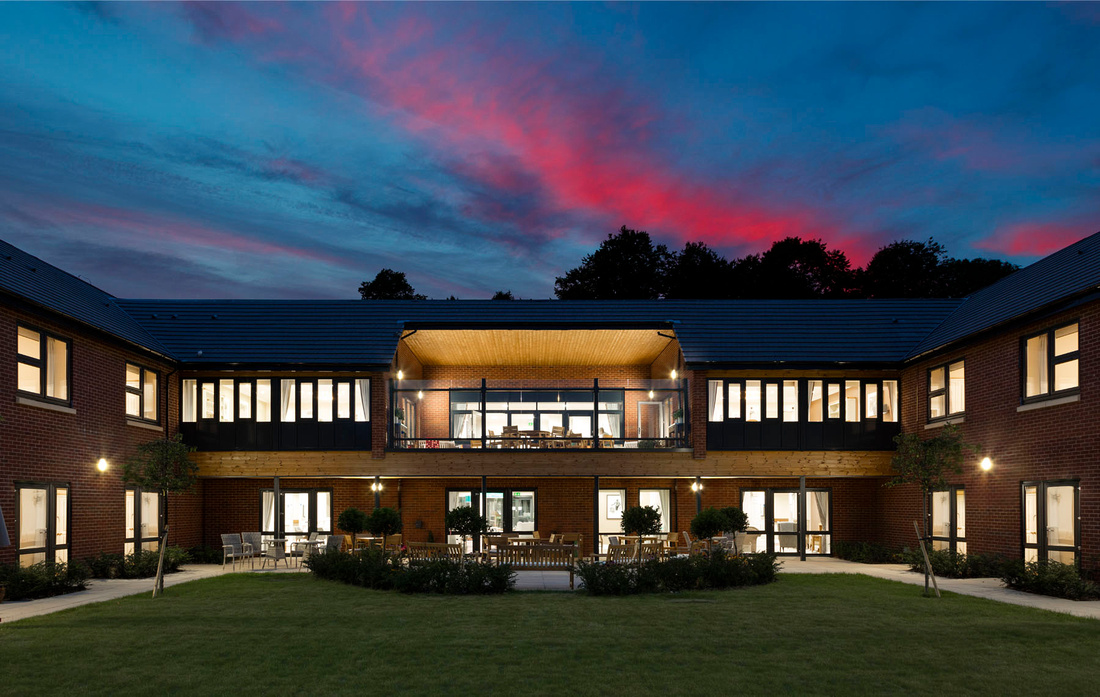 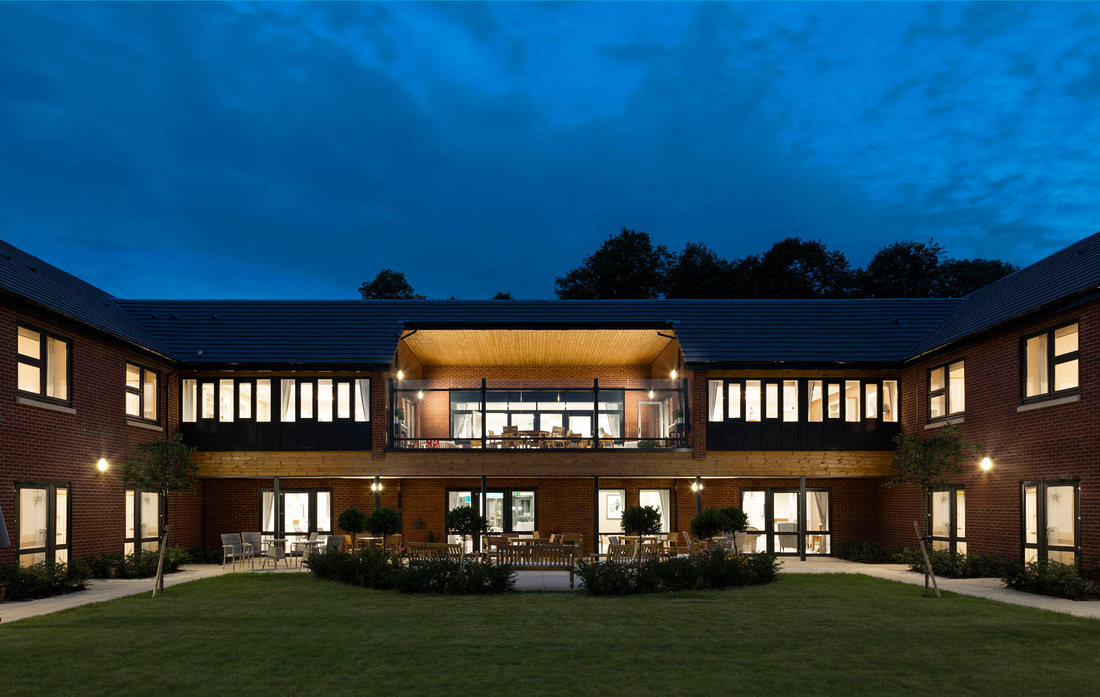 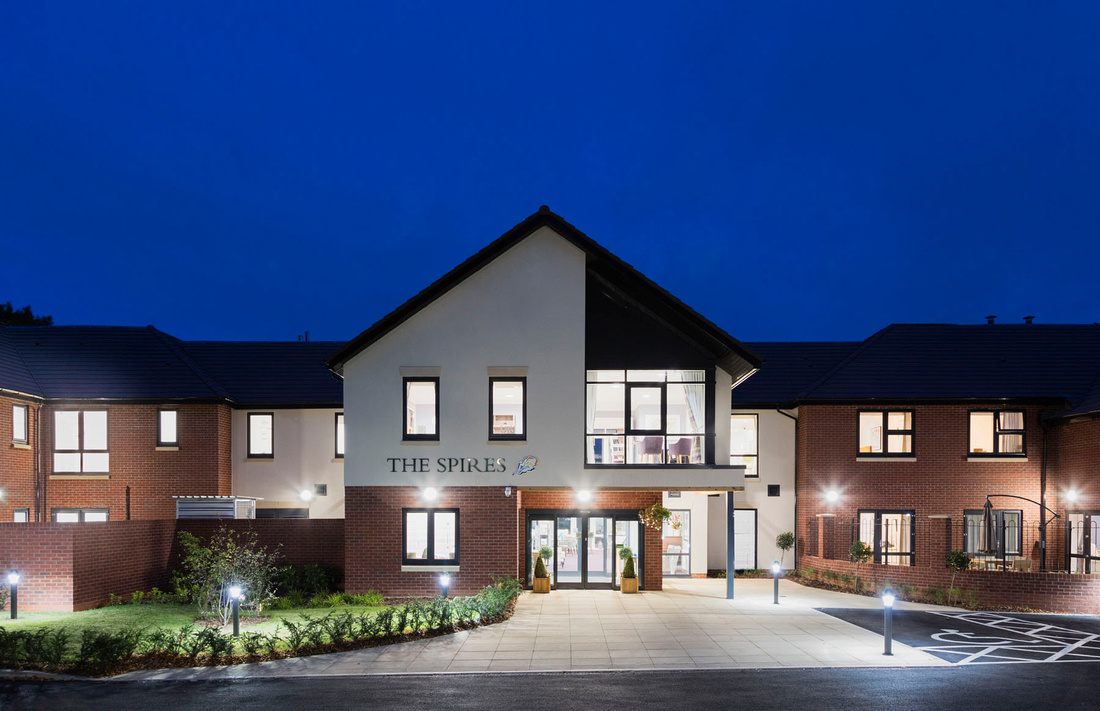