This set of images is of the former Barking Magistrates' Court, now converted into apartments. The building consists of two distinct elements, i.e. the old court building and a modern extension to the south. These are linked by a central atrium. The old court entrance and stairway features are retained.

What made this shoot interesting is actually in what you can't see in these images. On most weekdays, there is a market around the building, which would spoil the view completely. Thankfully the building management informed me of this, and I was able to do the work on a Wednesday. Also, parts of the building are in shadow at certain times of the day, so it was necessary to research this in advance.

This is the second shoot in London that I did in the same day, the two sites being around 25 miles apart. This was only possible as I carried all my equipment on a motorbike!

The equipment used was a Canon EOS 5DS-R (no low pass filter, so sharper definition) combined with a TSE-17 shift lens and EF 24-105 zoom. The latter required substantial lens and perspective correction in processing. Saturation and sky darkness have both been increased, and shadow reduction was necessary in many areas due to harsh sunlight. 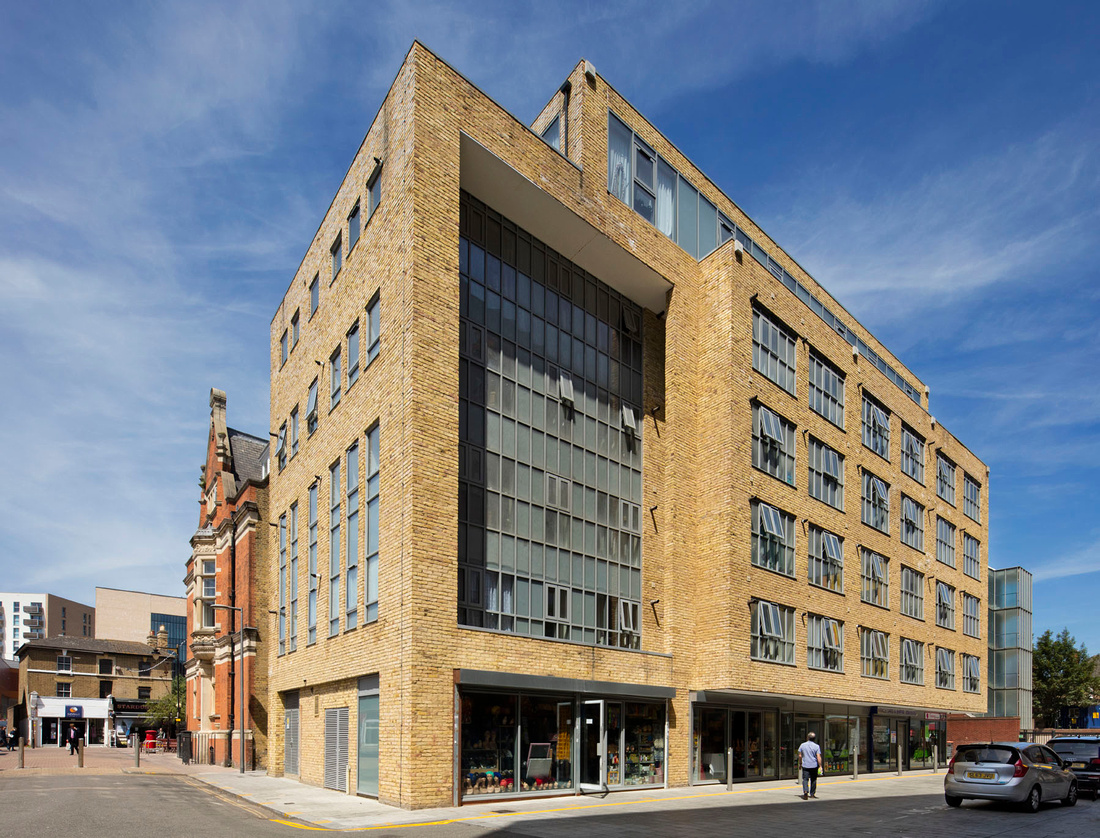 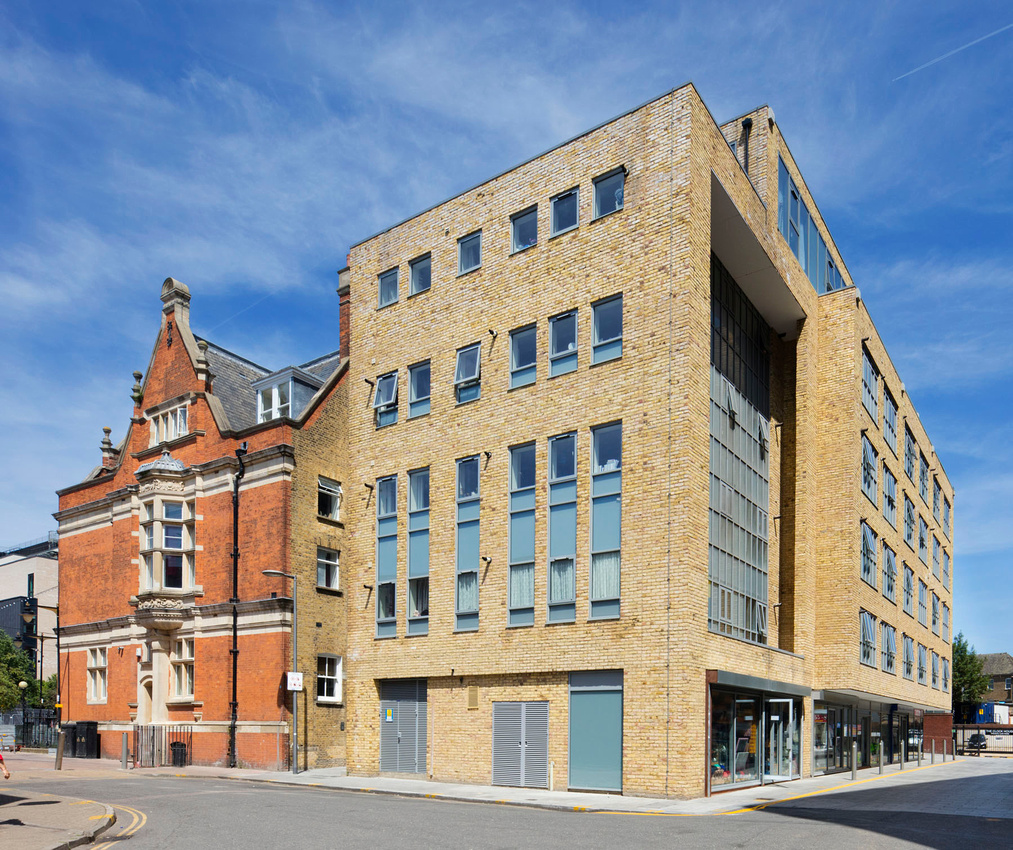 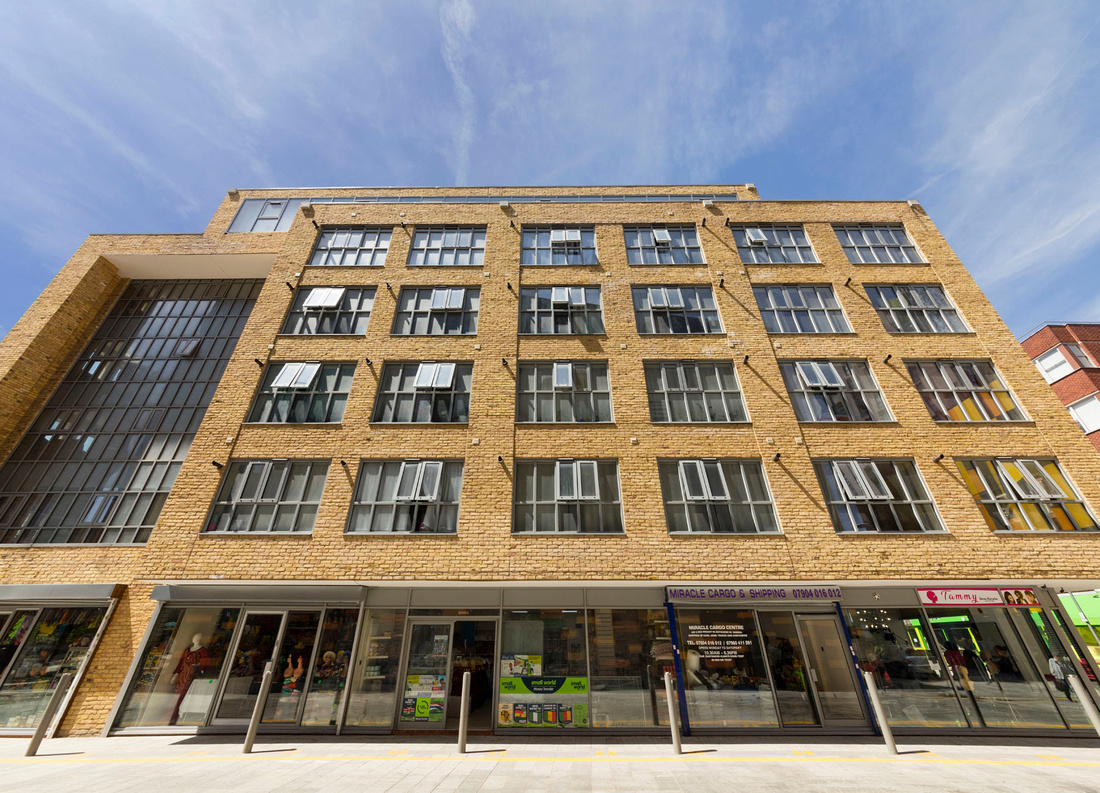 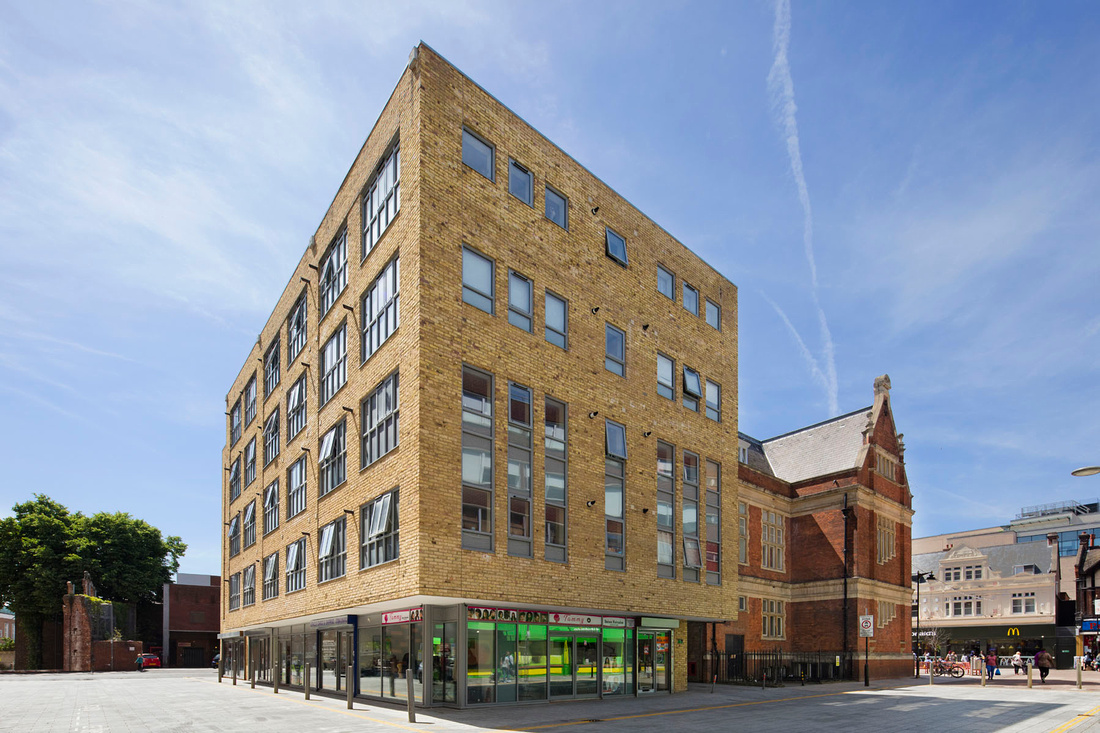 These images required a good deal of post-production work to remove objects and people in inappropriate places. This was largely achieved by taking several images from the same point, and layering them in Photoshop. For the exterior of the old building, there were a number of overhead wires obscuring the view. I took two shots from slightly different heights without moving the tripod. These were layered and aligned in Photoshop, and the offending wires erased from the top layer. 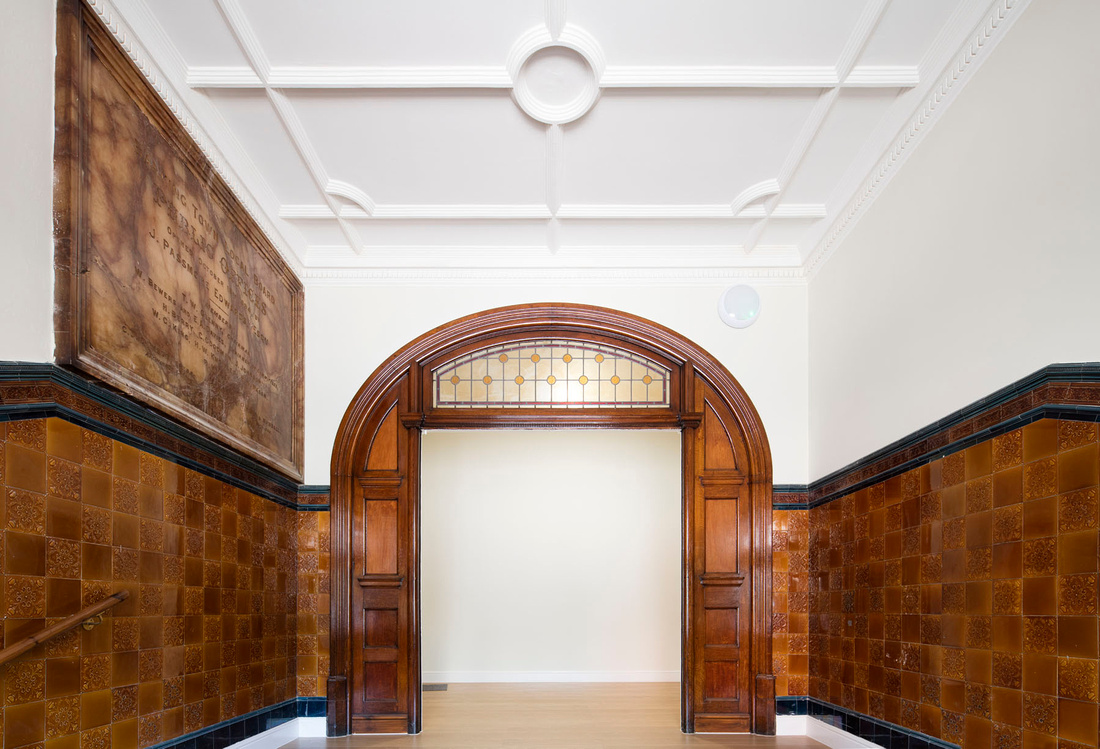 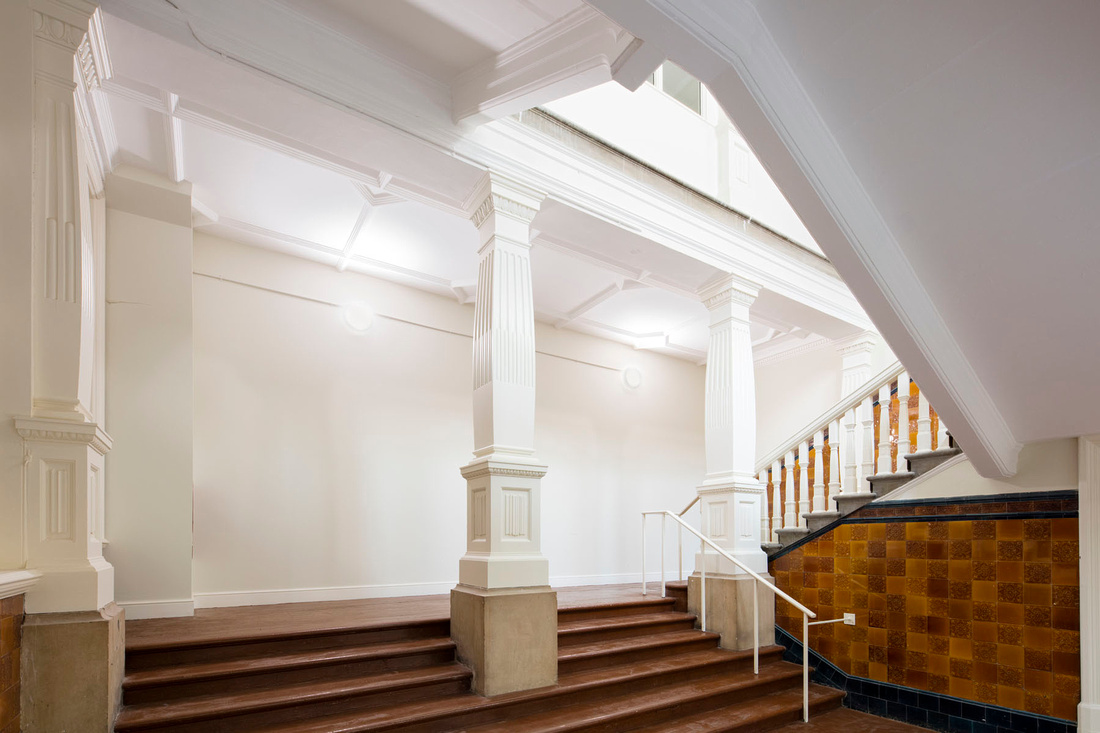 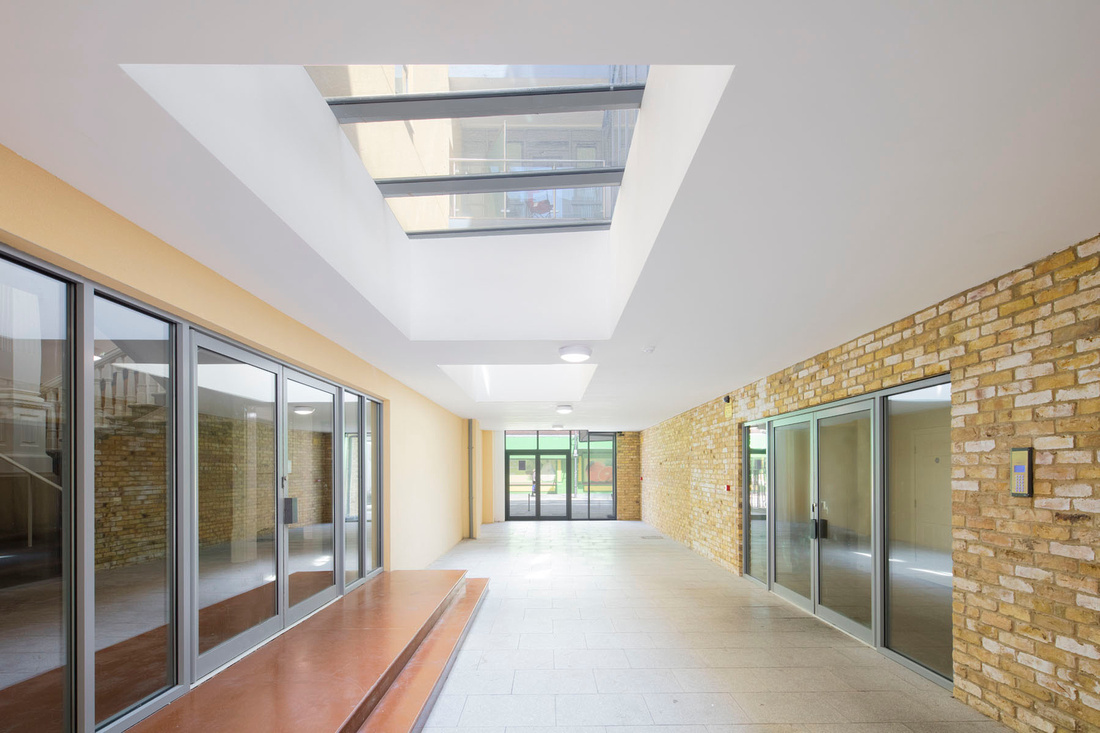