Two contrasting images of the Library of Birmingham from almost identical vantage points.  Both were taken using the same lens (Canon TS-E 17mm shift lens).  The night time image concentrates mainly on the effects created by the lighting on the building, but composition is also critical, with the patterns on the paving leading the viewer towards the building.   Multiple exposures were used in the creation of this image, with very different levels for the sky, building and lights, which was quite a difficult balance.

The daylit version takes in a little more of the foreground, and the paving patterns are more pronounced.  Also, the reflection of the sun from the glazing to the paving is an interesting compositional feature in itself, and so is emphasised here.  Processing this image was relatively simple, except for the solar reflection on the glass, which required a layer exposed 4 stops lower than the surroundings.  This was blended in by feathering and partial transparency in Photoshop.

Astute observers may note that the images were taken on different dates, as the benches have been removed on the image taken in daylight. 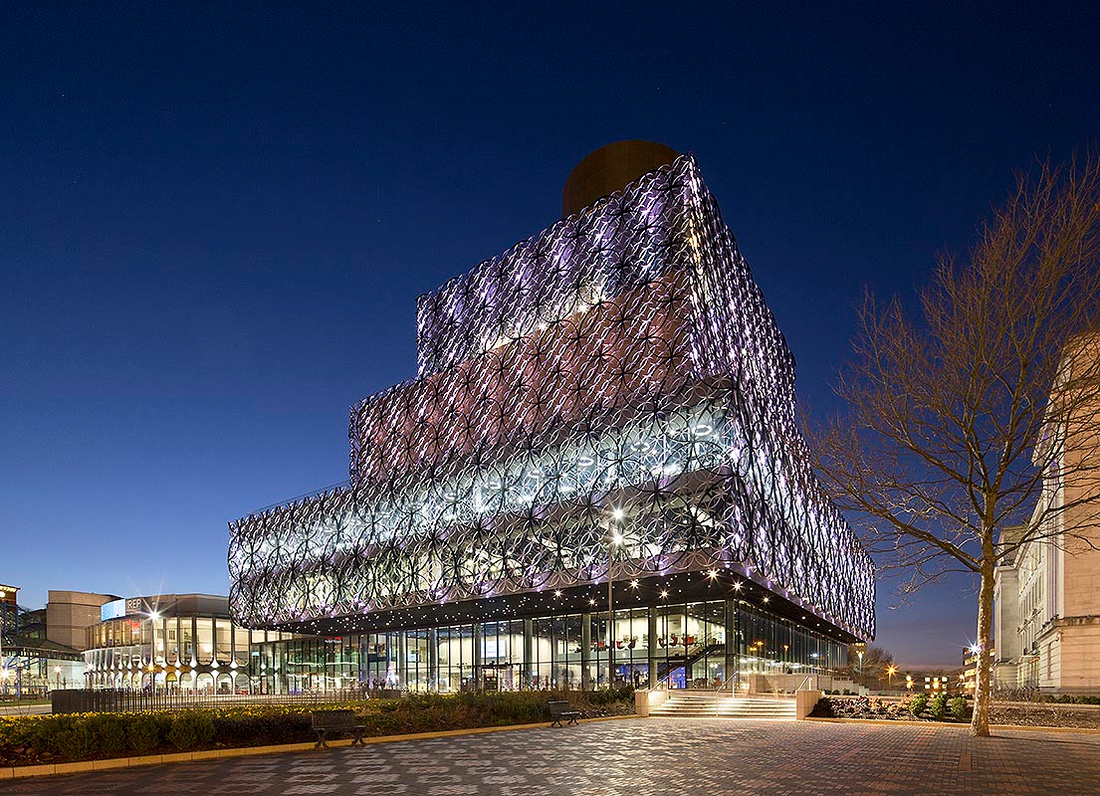 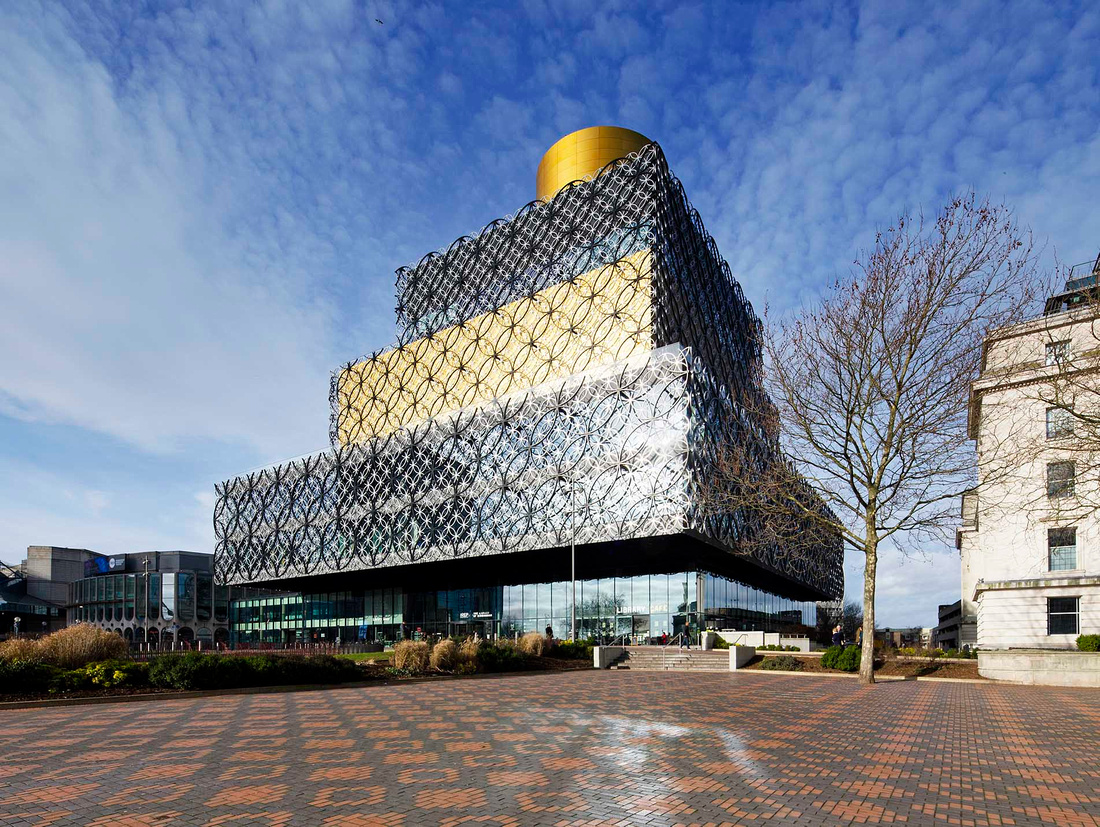