Some more shots for Tobermore Concrete Products.  Unlike previous shoots, the product here is a retaining wall system.  The site is in Burton on Trent, Staffordshire.

A feature of this set of images is that I had to paste in a number of the coping blocks and their attendant shadows (the installation wasn't quite complete) - there won't be a prize as such for spotting them, but never mind.  Also, some areas were still wet from an earlier shower, and these have been cloned out.  Some debris had to be removed as well.  Some of this was done in Photoshop.  Some was done with an old-fashioned tool called a 'broom'.

Whilst this was a relatively modest shoot, it does illustrate some principles of architectural photography well.  The most important of this is a combination of orientation, timing and meteorology.  Getting these factors right enabled me to get sunlight on the surfaces in a way which brings out the textures, light in a narrow passageway, and also some indication of what is going on behind the wall, to give it context and relevance. 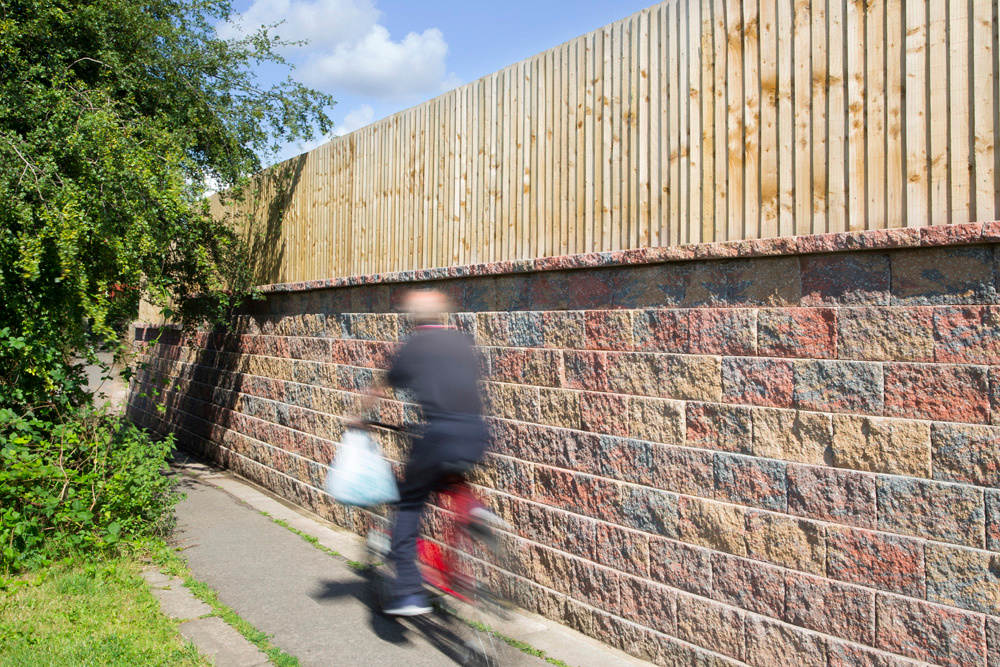 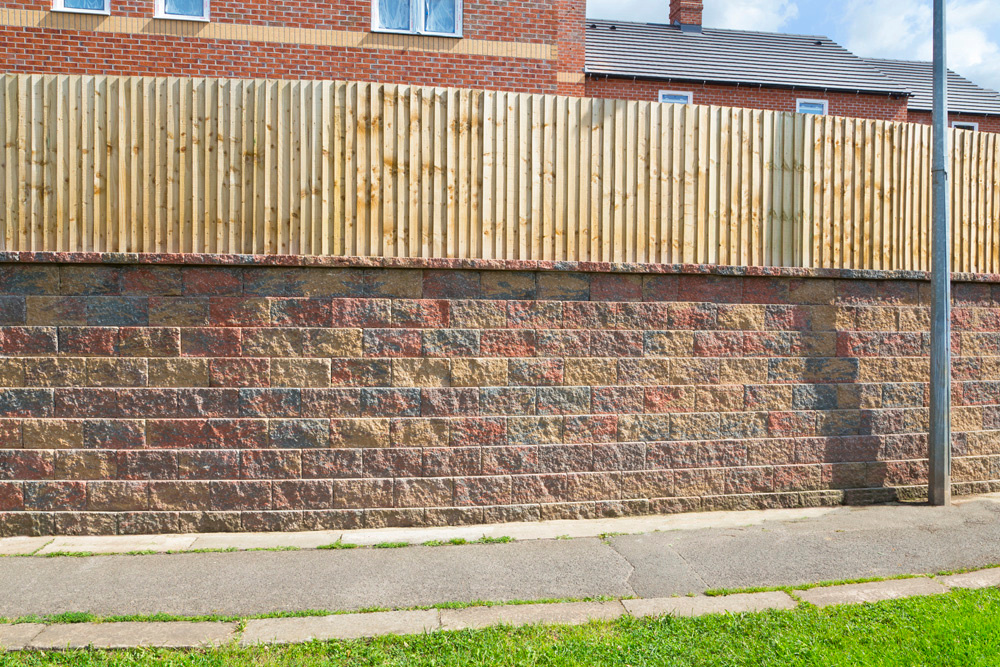 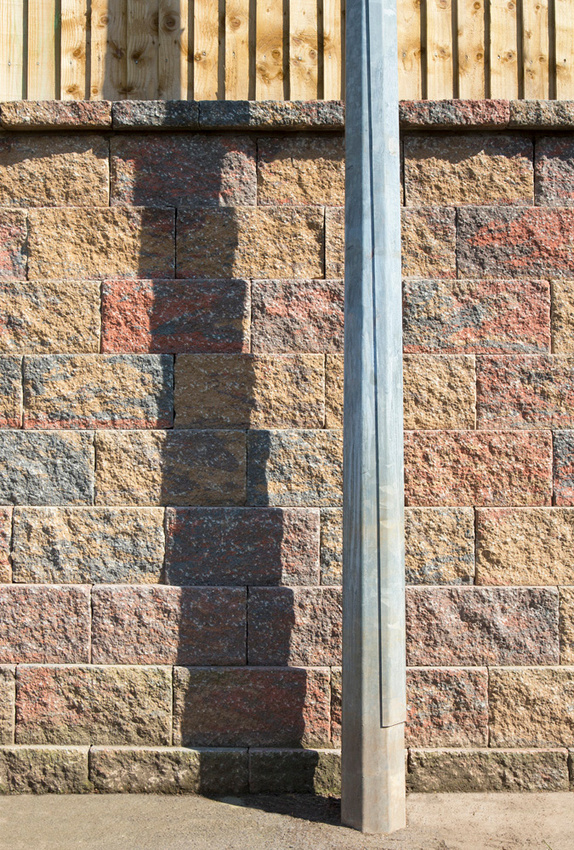 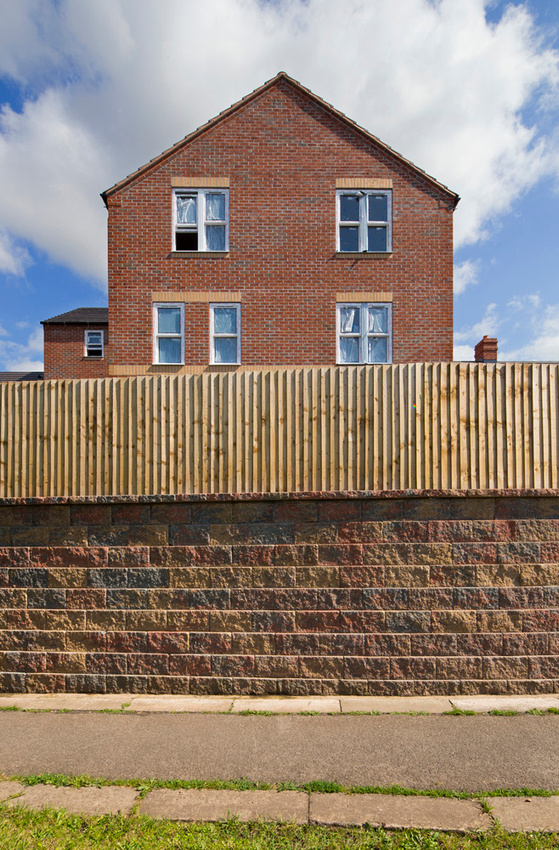 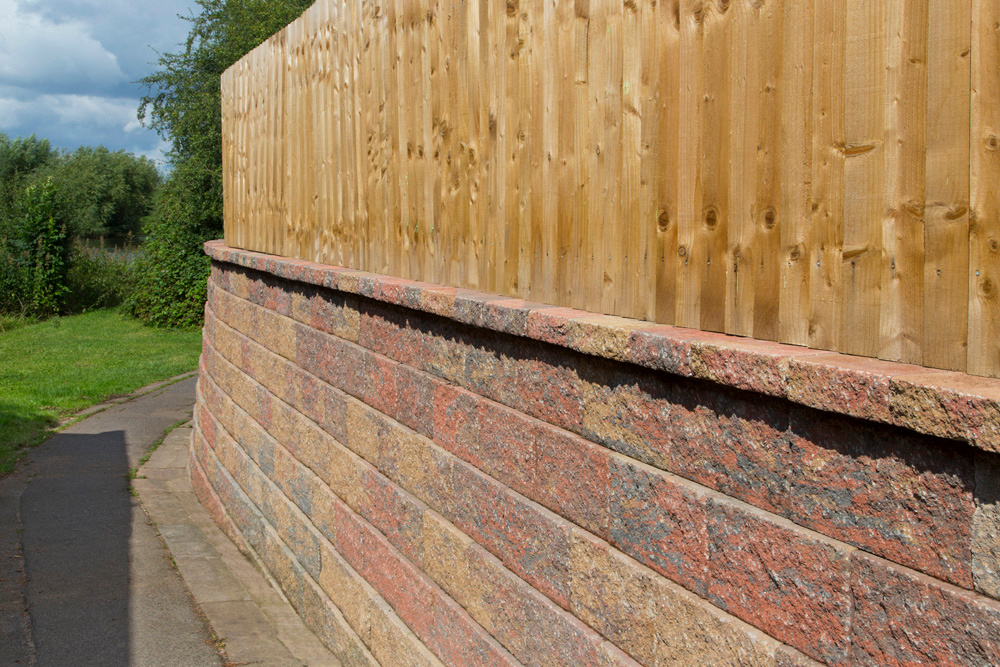