A recent image of Heythrop Hall near Oxford, showing 'before and after' Photoshopping.  Shot using Canon 6D with TS-E17 lens.  The shot was taken in very hazy sunlight, so shadows were present but hardly discernible.  Perspective control on camera was fine-tuned in post-processing, and contrast and saturation were greatly increased to counteract the dullness of the original.  The foreground, building and sky were processed in separate layers with feathered (smooth) edges, particularly to make the sky and clouds more dramatic.  This effect was further emphasised by cropping out the immediate foreground which simplifies the composition and increases the proportion of sky in the image.  The building itself was lightened on the left and darkened on the right to restore the appearance of symmetry which can be distorted by the fall of asymmetrical shadows.

Here, the final image conveys deeper colours than are present in reality - there is often a conflict between technical accuracy and impact.  And you may notice the half closed door has been fully shut! 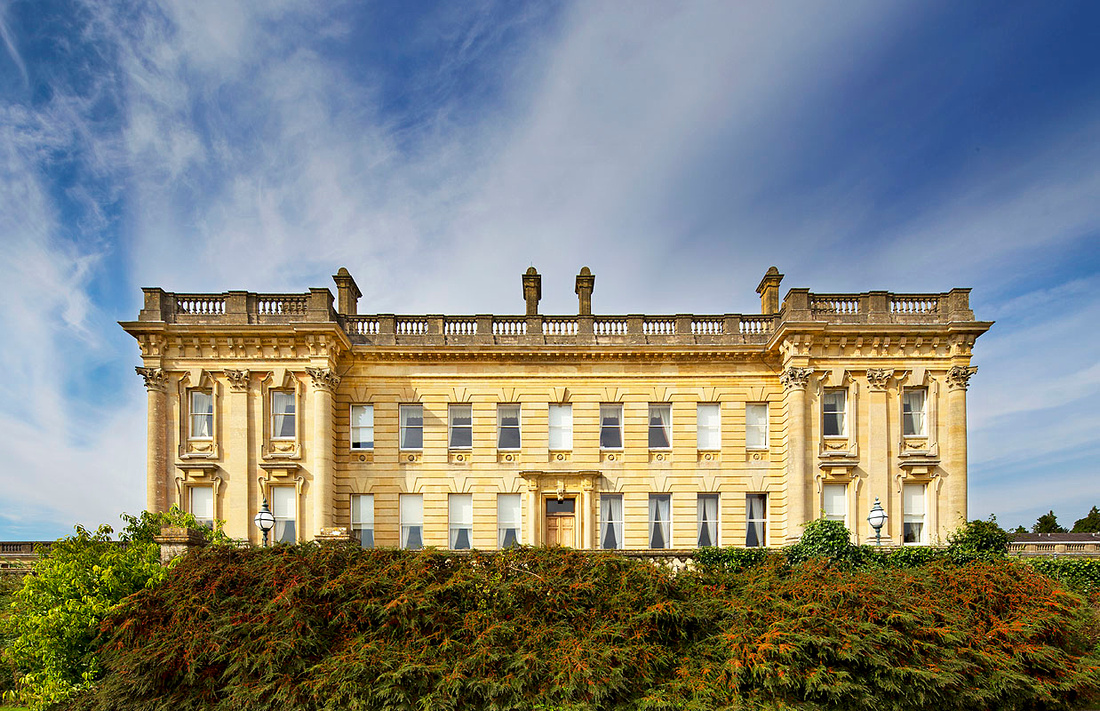 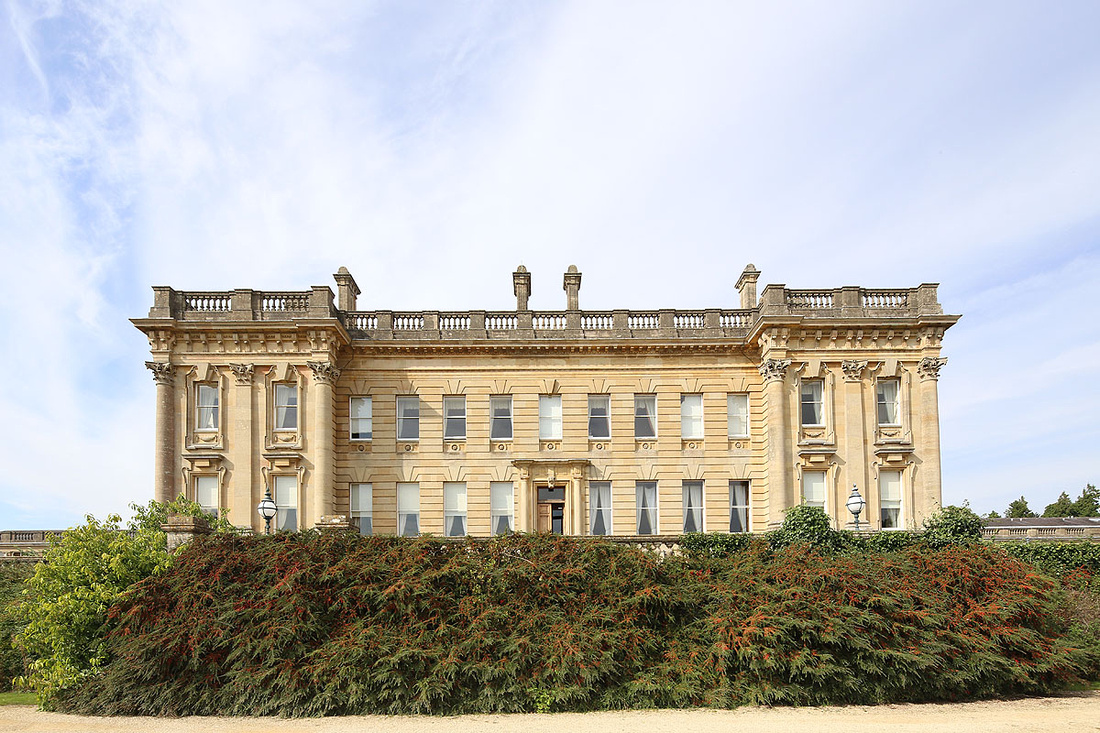