I was commissioned recently by Glancy Nicholls Architects to photograph the new Thomas Fields care home in Buxton. Timing was critical, as some parts of the building were only sunlit for short periods of the day, due to a combination of surrounding trees and buildings, and solar angles.

Also, I was asked to produce some dusk shots of the building. This meant staying on site until around 8.30, when the 'blue hour' was coming to a close.

It was a job that required some sensitivity as well, because the building was partly occupied. This meant that the shoot required the co-operation of both staff and residents, and for their privacy to be respected.

Most photos were taken on a Canon 5DS-R, with either the Canon TS-E17 shift lens or the Canon 24-105. One shot, the one across the car park, used the Sigma 12-24 at its widest, whilst I was on a stepladder. 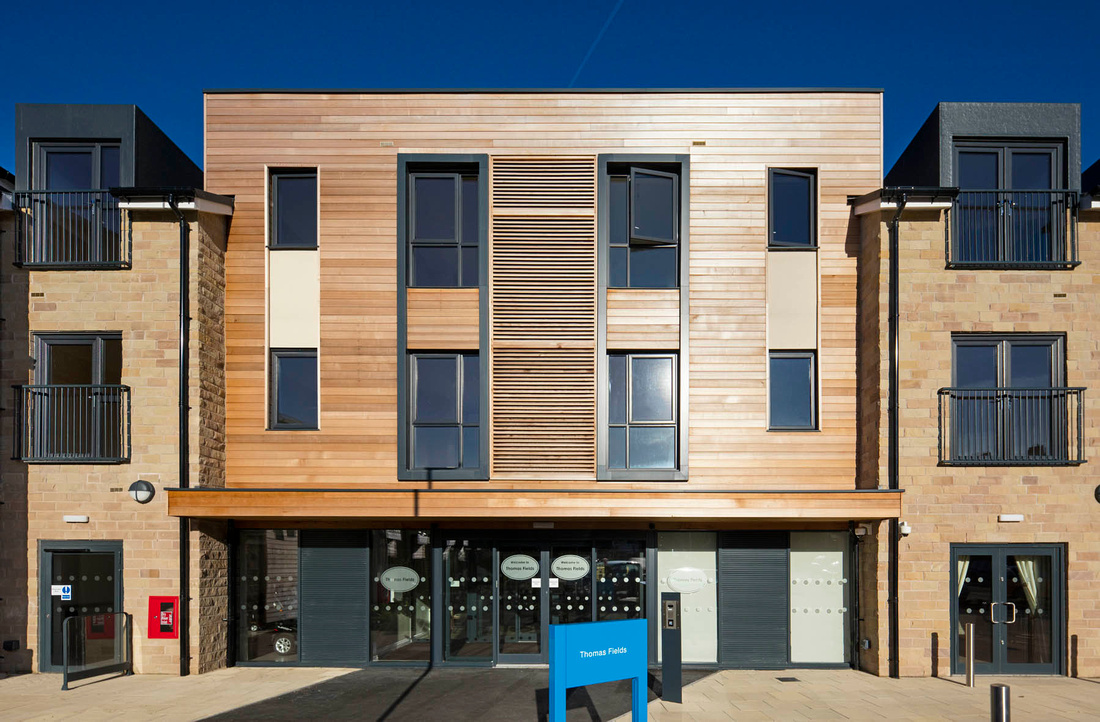 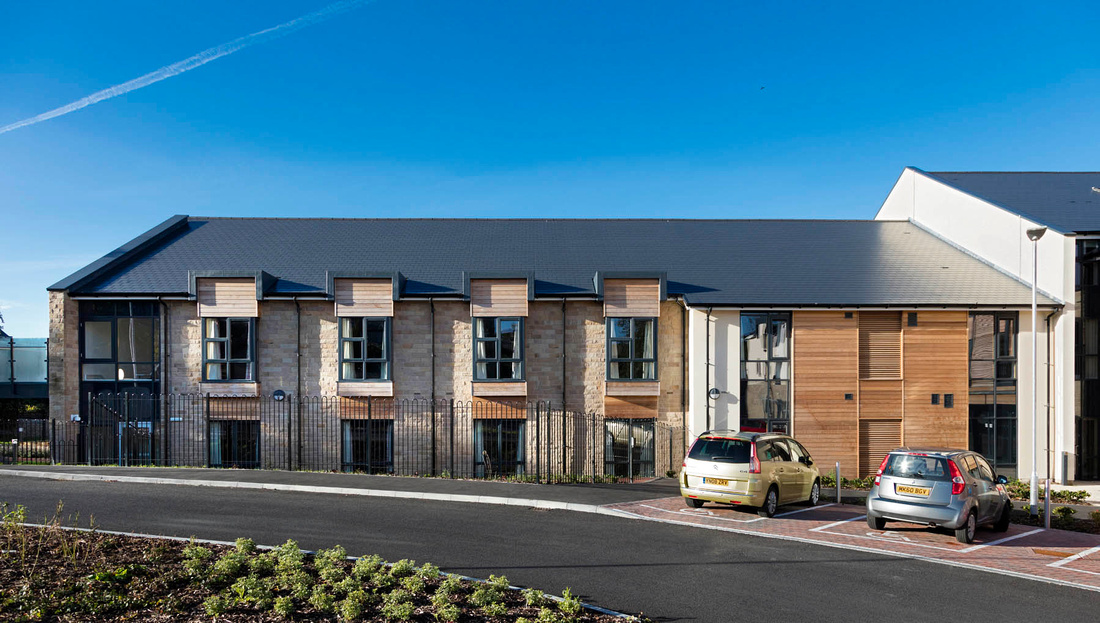 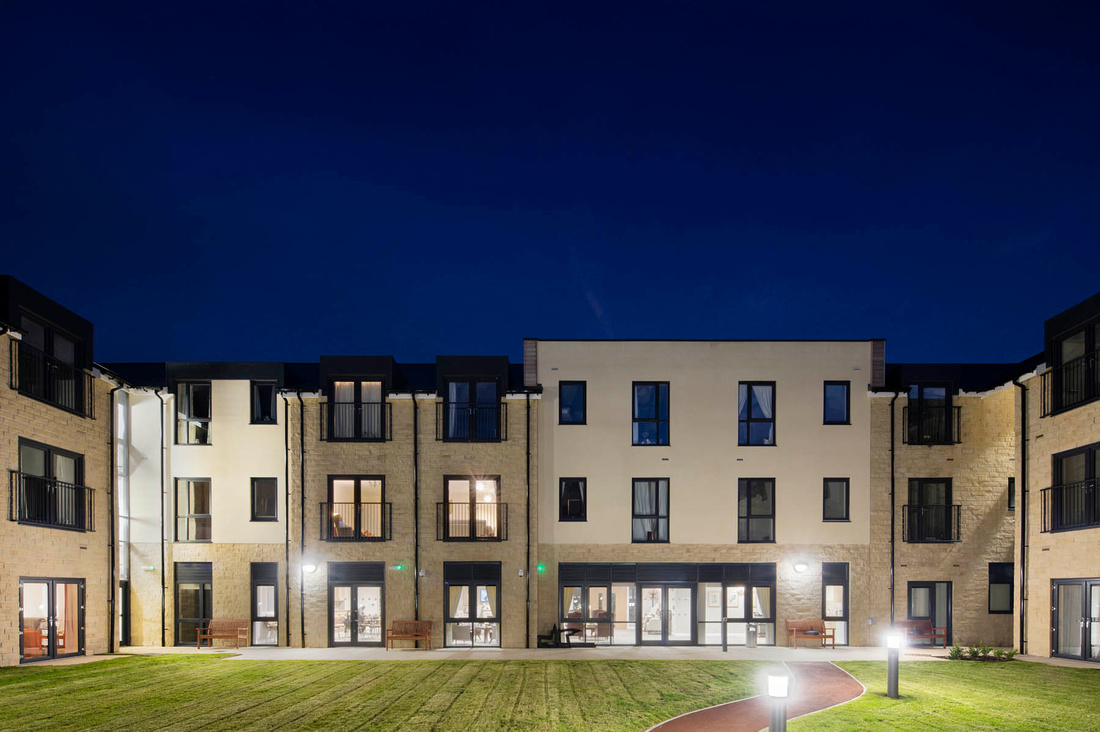 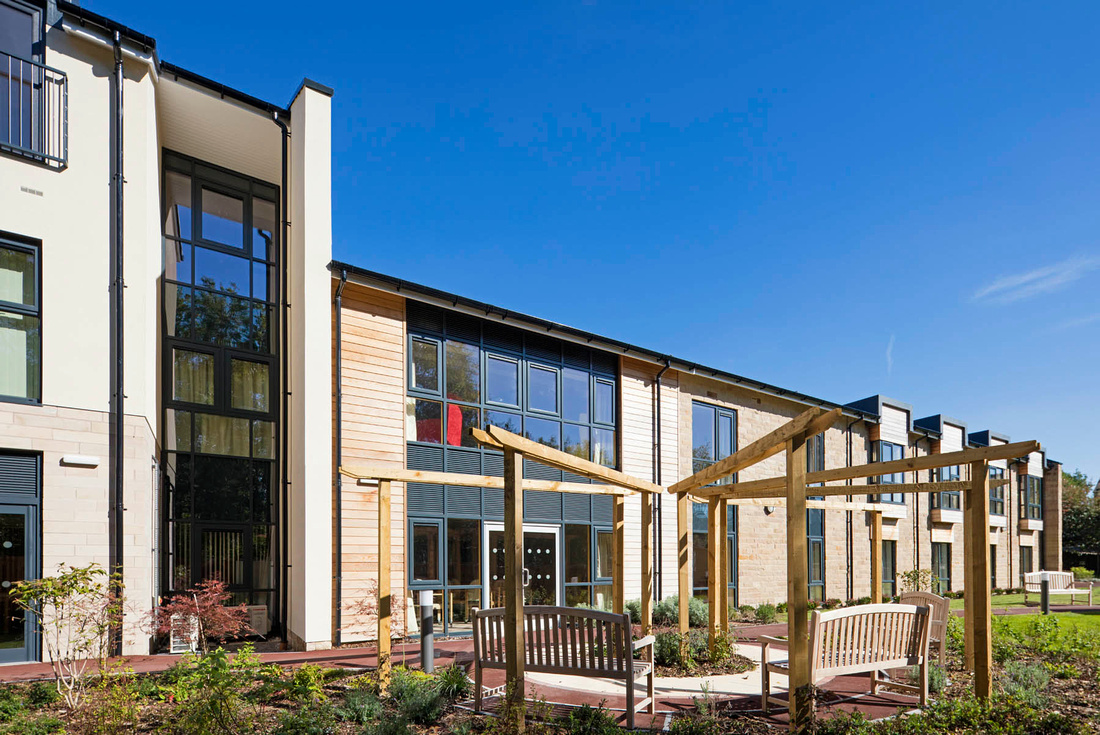 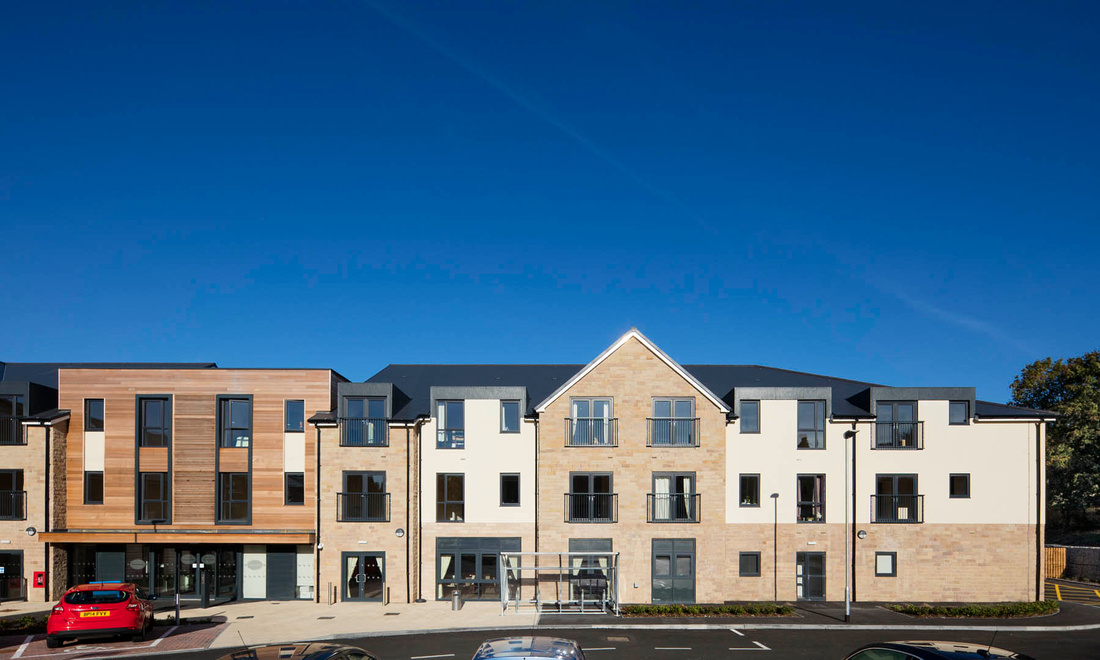 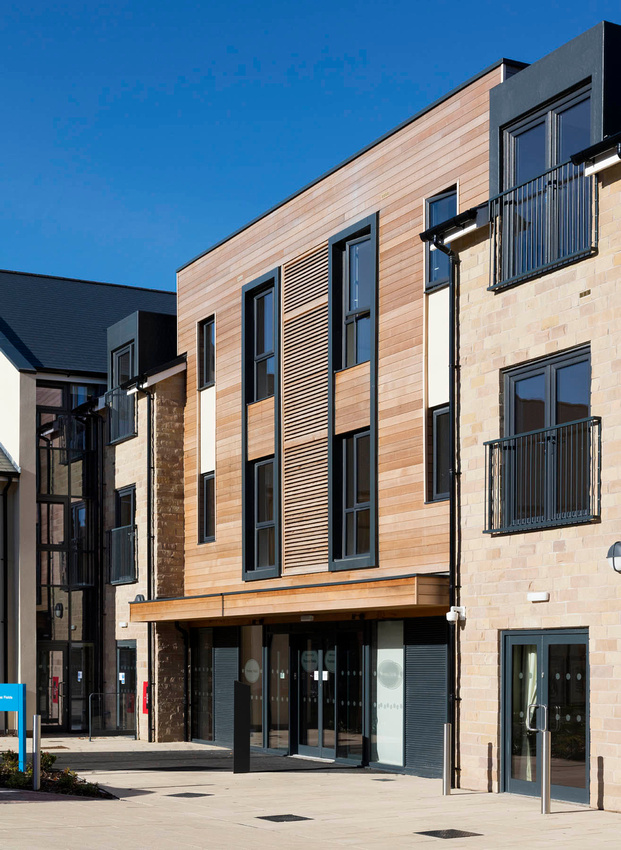 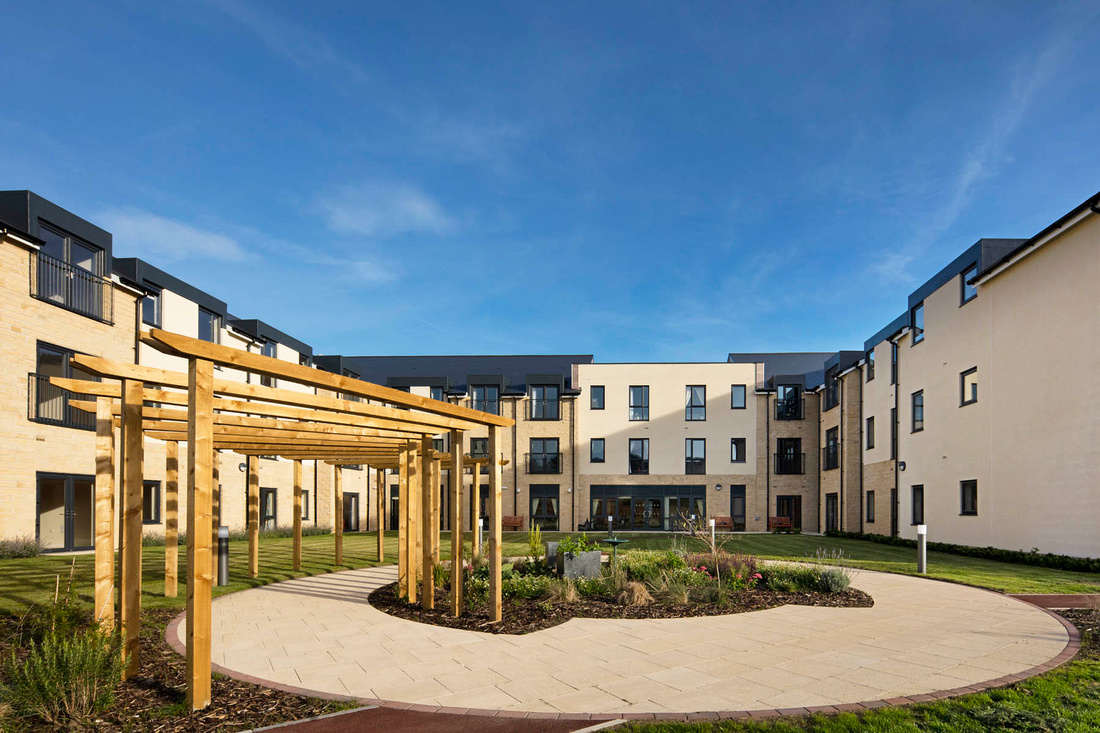